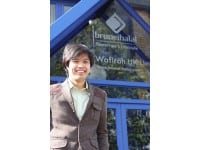 THE Ministry of Industry and Primary is expecting Bruneians to fill up future job vacancies at Brunei Wafirah Holdings’ subsidiary in the UK, said its minister yesterday.

“There is one Bruneian student currently working there on industrial attachment as part of the student’s undergraduate programme,” he said.

“So with the company developing well soon, we expect job opportunities to increase and any job vacancies, we will advertise them to the local (Bruneian) youths, for them to apply through the Brunei Halal website.”

“At this early stage, the company only expect low sales. However, with newer products in the later stages, the company will expect improved sales. The company at this time is active in promoting and introducing Brunei Halal’s variety of products,” he added.

The minister was responding to questions raised by a LegCo representative of persons who have achieved distinction, Yang Berhormat Datin Paduka Hjh Salbiah Hj Sulaiman, who sought for updates on the progress of the Brunei Halal brand.

Wafirah UK is a subsidiary of Brunei Wafirah Holdings, the company that produces Brunei Halal goods. The subsidiary began operations in 2012. It is situated in the sprawling Saltley Business Park in Birmingham, United Kingdom.

The Brunei Halal Brand was initiated in cooperation with the Ministry of Industry and Primary Resources.

The brand is proof of the Sultanate’s commitment to progress towards diversification and sustainability of the economy by tapping into the halal market, which Brunei already has an advantage in.

Brunei Halal accreditation starts at the source, and only producers that meet the standards of halal and the high quality and safety associated with it will be awarded the Brunei Halal certification.

According to a previous report in May last year, Wafirah Holdings Sdn Bhd is also hoping to introduce European-made products in Asia under the Brunei Halal brand name in future, as opposed to only having Asian manufactured products distributed in Europe.

Feby Latip, CEO of Brunei Wafirah Holdings, said that the products made under the brand are manufactured in Asia and are only sold in the region, but the company is targeting a wider European scope where its subsidiary office in the United Kingdom will act as a sales and distribution platform.