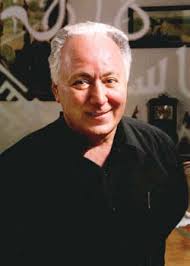 CEDAR RAPIDS, IA (CBS2/FOX28) — It’s been about five weeks since a jury convicted the founder of Midamar Corporation on 15 federal counts including conspiracy, making false statements on export certificates and wire fraud.

During the past five weeks, Bill Aossey has been in jail with no set bond, which had his family and friends protesting Monday afternoon.

Cardboard signs in hand, more than a dozen people showed up at the federal courthouse to protest what they called the unfairness of the government.

“One of the things that we need to see in our criminal justice system is more equality,” Pat Minor, protestor, said.

For more than a month, Joe Aossey has waited for word that his brother might be released from jail pending a laundry list of convictions in July.

“He’s been a very successful ambassador of America to the world, so whatever all of this is about we need to know,” Joe said.

“This is an elderly man with ties, long decades-long ties, to this community, good ties, who does not deserve to be treated like this,” Coleman said.

None of the 15 convictions were violent, leading the protestors to believe the government incarcerated Aossey for other reasons.

“I don’t think that if I were in the same shoes as Bill, I would be in prison,” Joe Jadryev, protestor, said. “I think Bill’s in prison because he’s a Muslim.”

Days after Aossey’s conviction, the courts said “must remain detained pending sentencing because he has not established by clear and convincing evidence that he is not likely to flee if released under suitable conditions.”

The explanation still doesn’t sit well with the people who say they know him best.

“If he were not a Muslim, if he did not have ties to the Middle East, which is not a crime as far as I know, this would not be happening,” Coleman said.

Judge Reade, who is overseeing the process, could not comment because this is an ongoing case.

No sentencing date has been set, but Aossey could face in years in prison.

For a link with a TV news clip, see this article