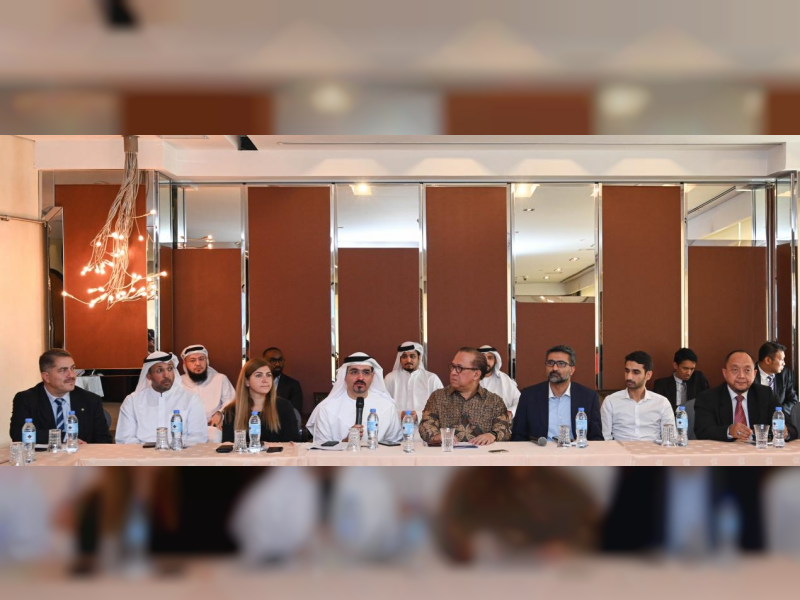 DUBAI, 24th September, 2019 (WAM) — Dubai Islamic Economy Development Centre, DIEDC, has received a senior financial delegation from Indonesia that aimed to learn about the Islamic economy system in the UAE and explore opportunities for cooperation.

The delegation comprised senior officials from Bank Indonesia – the central bank of the country – and the Indonesia Halal Lifestyle Centre, as well as representatives of Indonesian organisations active within the Islamic economy sectors.

Speaking on the occasion, Al Awar said, “This meeting reflects the centre’s keenness to broaden its network of international strategic partners with the aim of expanding the footprint of Islamic economy. Productive partnerships with other Islamic economy hubs will further strengthen Dubai’s status as a global capital of Islamic economy.”

He added, “As the most populous Muslim-majority country, Indonesia is a key market for the halal industry. The delegates represent relevant entities with whom we can work in facilitating Islamic economy investment opportunities. We are confident today’s discussions will pave the way for greater collaboration and knowledge exchange to support our mutual goal of developing the Islamic economy.”

According to the State of the Global Islamic Economy Report commissioned by DIEDC and developed by Refinitiv & Dinar Standard, Muslims in Indonesia spent a total of US$218.8 billion across the Islamic economy sectors in 2017.

Indonesia’s ranking on the Global Islamic Economy Indicator, that offers a comprehensive picture of the countries best positioned across the same sectors, increased from 11th place to 10th place, overtaking Brunei. This jump was primarily driven by a rise in Indonesia’s halal food ranking, with a substantial boost in events and press coverage related to halal food driving increased awareness.

Along with their growing diplomatic relations, the UAE and Indonesia play essential roles as members of global institutions, including the World Trade Organisation, the Non-Aligned Movement, and the Organisation of Islamic Cooperation.

According to the UAE Federal Competitiveness and Statistics Authority in 2017, the UAE’s imports from Indonesia were approximately worth $1.8 billion, whereas non-oil exports were valued at about $250 million. Bilateral trade between the two countries reached a total of $3.7 billion in 2017. The Indonesian Trade Promotion Centre in Dubai revealed that in 2018, the UAE was Indonesia’s 19th largest export destination country, and the 30th largest country for source of imports.