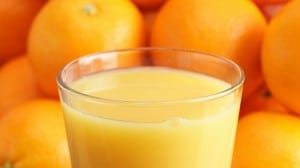 SYDNEY — There is beef and alcohol in your orange juice. If you are drinking Heinz Australia’s Golden Circle juice, that is.

The company revealed the secret ingredients in a letter to a customer from Melbourne, Fairfax Media reported.

When Sonjoy Chakraborty, who does not consume alcohol or beef due to religious reasons, heard that the products are sometimes used in juice, he wrote to Heinz Australia asking if this was correct.

The answer shocked him.

The company said its long-life products did include traces of both products and urged customers to “read the label carefully.” It also said it wasn’t appropriate for those following halal diets for religious reasons.

Heinz Australia said a beef-derived gelatine was used to clear the “cloudiness” in apple juice but due to filtering this should not reach the customer.

“The clear apple juice used in the Golden Circle ambient (long life) juice and drink range is made clear using a variety of clarifying agents, one of which is from a beef source and would not be halal suitable,” Heinz Australia said in a statement to Fairfax Media.

It said the company used alcohol in production to easily disperse flavour through liquid and that it evaporates when the product is heated during the pasteurisation. Heinz Australia said this meant alcohol was not detectable in the final bottle.

Chakraborty wants the company to come clean and print the full list of ingredients on the packaging. Heinz Australia said the company meets Australian regulatory standards, which mean they do not have to declare processing aids or flavour components on the bottle.