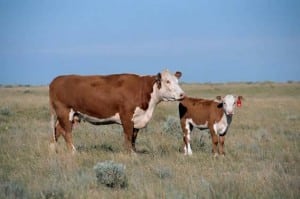 As Australia trade awaits confirmation of increased import quotas in Indonesia, issues surrounding halal certification and pre-slaughter stunning have underlined the ongoing challenges beef and cattle exporters continue to face in the market.

Queensland packers have been told they must now use a Victorian-based Halal certifier, if they wish to continue supplying boxed beef to Indonesia.

The Victorian certifier has reportedly doubled the costs of certification to Indonesia for Queensland exporters, and has raised concerns about whether processors will now have to pay different Halal certifiers for different markets in future or whether a monopoly will exist for certification of all Halal markets.

The delisting of Queensland’s main Halal certifier on April 8 is believed to relate to internal disputes within the Muslim certifiers over the state based arrangements and opportunities for certifiers to expand their business across states.

Until this development, Queensland packers have been able to pay one certifier to handle all certification requirements for all Halal markets including Indonesia that they supply.

One source explained to Beef Central that the Queensland certifier’s accreditation was delisted after it won a contract to supply Halal certification services in Victoria for a processor to cover markets outside of Indonesia. This development led to a dispute among local certification bodies about whether certifiers should operate across state boundaries, and resulted in the decision by MUI in Indonesia to remove the Queensland supplier’s accreditation and institute another certifier in Queensland.

The delisted certifier, which handles a bulk of the Halal certification work for Queensland exporters across all Halal markets, is understood to be trying to have its accreditation with Indonesia reinstated.

One of several Queensland based exporters who supply Indonesia, but asked to not to be identified, said some companies have switched certifiers to make sure their product got accepted, while others had stopped supplying Indonesia because of the costs involved.

Beef Central is aware that there have been discussions between Industry and the Federal Government around options to improve the current Indonesian certification system and to ensure competition in the market for these services.

Australian livestock export industry leaders say they are monitoring the situation in Indonesia after national MUI council confirmed it is conducting an audit of pre-slaughter stunning practices in Indonesian abattoirs.

Pre-slaughter stunning is deemed an acceptable practice under Halal, but must be performed appropriately to ensure an animal is not damaged or killed by the stunning bolt and remains alive at the point of slaughter.

Local MUI officials in the province of Banten neighbouring Jakarta have described stunning processes in local abattoirs as “imperfect” and have been meeting to discuss a possible ban in the province.

However, the push to ban pre-slaughter stunning does not have the support of the powerful central MUI council, which some media reports suggested yesterday.

Rather, KH Maruf Amin, national chairman of the MUI, told The Australian newspaper the national council had not issued any new fatwa on the use of stunning.

“A provincial ruling cannot contradict the central council’s ruling. We will be calling on Banten MUI to explain their position,” he said.

While five ESCAS accredited abattoirs are understood to be located in the province considering the pre-slaughter stunning ban, a department of agriculture spokesperson said Australian exporters had confirmed they have access in their approved supply chains to abattoirs that are not affected.

Under ESCAS rules, abattoirs that handle Australian cattle must comply with OIE standards as a minimum animal welfare requirement.

However, more than 90pc of ESCAS-approved  abattoirs in Indonesia have adopted the practice, largely because they are finding that stunning is not only better for welfare, but better for their bottom line.

“I am very appreciative of the system applied for animal welfare,” he said. “I feel I get the benefit”.

“We’re certainly aware of the audit, and we’re obviously monitoring the situation,” she said.

“There has been a significant increase in stunning across Indonesia, and we want to ensure that it complies with both ESCAS and Halal requirements.

“Industry will continue to work with authorities to provide any additional training, information or support that is necessary.”

Ms Penfold said Australian cattle were still required to be processed in compliance with OIE standards in Indonesia, and said that while that did not require stunning, the industry had no desire to see the strong uptake of stunning in Indonesian abattoirs reversed.

“We certainly want to work with the authorities, given the amount and significant number of facilities using stunning, which is now close to 90pc.

“We would not want to see a rollback