A milk products company which announced it would ditch its Halal certification after it was targeted on social media has now reinstated it and won back a deal to supply Emirates Airlines.

The Fleurieu Milk and Yoghurt Company, south of Adelaide, found itself the target of a co-ordinated global anti-Halal campaign late last year and rejected suggestions the fee it was paying was being used to help fund terrorism.

Without its certificate, the company could not fulfil a $50,000 contract to supply yoghurt to Emirates.

To achieve Halal status, the company needed to ensure no pork, blood or alcohol got anywhere near the production process. 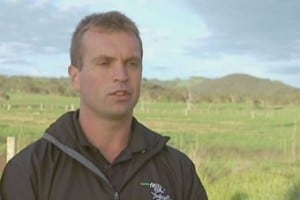 The Islamic Society of South Australia, which provides companies with certification, said the attacks against Halal products amounted to “Islamophobia”.

A Senate inquiry into food certification schemes has just been set up by SA Liberal senator Cory Bernardi, with backing from his party colleagues and six Upper House crossbenchers.

Senator Bernardi said he wanted to examine the claims made on social media by the Halal boycotters, and Mr Hutchinson said that parliamentary investigation would be a welcome move.

“The Senate inquiry, they’re probably in a similar position to us, they just want to get answers and put it to bed,” he said.