A defamation case unfolding in the New South Wales Supreme Court is set to bring Australia’s halal-food industry — or, more so, the anti-halal movement — into the limelight. 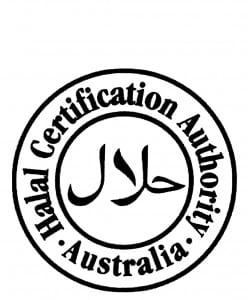 Mohamed El Mouelhy says he is not like most other Muslims.

So, Mr El Mouelhy, head of the Halal Certification Authority, one of Australia’s largest certifiers, is suing a prominent anti-halal campaigner and an Australian anti-Islam organisation.

He is suing for defamation over their claims the halal-certification industry is corrupt and funds what they term “the push for sharia law in Australia.”

A directions hearing, looking at how to proceed with the case, is scheduled for the New South Wales Supreme Court next Friday.

Mr El Mouelhy alleges two videos featuring Kirralie Smith, who runs the website HalalChoices, portray him as “part of a conspiracy to destroy Western civilisation from within”.

As well, he claims the videos posted on YouTube picture him as “reasonably suspected of providing financial support to terrorist organisations”.

His statement of claim alleges one of the videos was recorded at an event of the Melbourne-based Q Society, a self-described “Islam-critical organisation”.

Mohammed El-Mouelhy says the videos have not affected the Halal Certification Authority but have damaged his personal standing.

“As far as the company is concerned, it has not lost any clients. The clients continue to need halal certifications because, otherwise, they can’t export. And me personally, my integrity is being questioned, and I don’t like that. I’m an honest man.”

Along with Kirralie Smith, a member of the Q Society, Mr El Mouelhy is suing the Society, its national president Debbie Robinson and two other board members.

Respondents from the Q Society have declined to be interviewed.

It all comes as independent Senator Jacqui Lambie is threatening to introduce a bill in Canberra to prevent what she calls “halal money” from funding terrorist activities.

In the Senate, she has questioned whether money from halal certification could be helping fund the self-proclaimed Islamic State, or IS, militants in Syria and Iraq.

“Given that our enemies in the Islamic State, by all reports, are receiving a steady cash flow to control their caliphate in Syria and Iraq, why isn’t there a legal requirement in Australia for halal-certification fees to be disclosed? And given that our nation is on high terrorism alert, while hundreds of Australian Islamic State sympathisers are fighting our Australian Defence Forces in Iraq, why is there no formal reporting or auditing mechanism in Australia to ascertain whether moneys paid for halal certification are misused?”

The Islamic Council of Victoria has condemned Senator Lambie’s comments.

Spokesman Kuranda Seyit says she needs to produce evidence that a problem exists.

“The halal-certification process in Australia is a legitimate part of the Australian economy. It serves a purpose, and the moneys that are created from that only benefit Australia and are kept within the Australian economy. And I think that, for any allegations to be made contrary to that, I think, should be backed up by some type of evidence. And, of course, we already have that evidence put forward, and investigations that have been done into it. And there were no links found with the proceeds of halal certification going towards any illegal activities, including terrorism.”

The Australian Crime Commission, which completed an investigation into money laundering in Australia last year, has said it is not aware of any direct links.

Kuranda Seyit says he finds any attempt to suggest there is a link irresponsible.

“I think that to make a correlation between the halal industry and the halal-certification process with terrorism is a very simplistic and quite crude correlation to make.”

Worldwide, the halal-food industry is reportedly worth about $2.3 trillion.