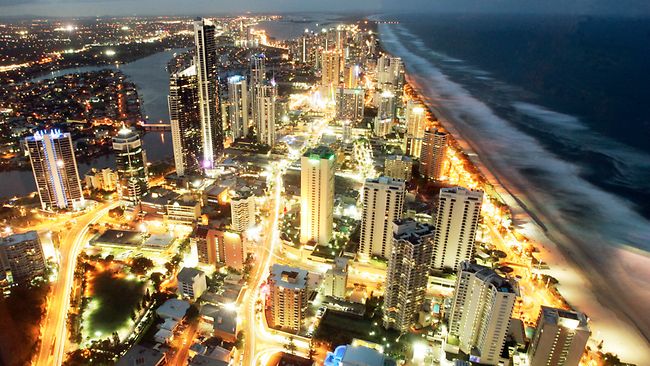 GOLD Coast Tourism has made a bold play for more big-spending Arab visitors as it ramps up its international marketing effort to combat the soaring Australian dollar.

The Glitter Strip’s lifeblood tourism industry, worth $4 billion a year to the local economy, has taken a hit from the global financial crisis and Queensland’s summer of natural disasters.

The high dollar threatens to deliver another blow.

But the region’s tourism marketing authority is fighting back with campaigns targeting the Middle East, China, India and New Zealand.

The Middle East has become a lucrative tourist market for the Coast over the past decade, delivering tens of thousands of visitors, including wealthy Arab sheiks and their entourages.

They come during the quieter winter season escaping searing summer temperatures back home and spend up big during holidays which average three weeks.

However, Mr Price said the market was now proving a challenge.

Factors such as the high dollar, major political unrest in the Middle East and the alignment of the traditional Arab holiday season with the Muslim holy month of Ramadan were having an impact.

He said religious sensitivities meant many Arabs were reluctant to travel during Ramadan, but the Gold Coast is trying to persuade them otherwise.

“We’re hoping to turn a challenge into an opportunity,” he said.

“There is still a bit of stigma attached to travelling during Ramadan but we are bending over backwards to show Arab visitors we can cater for all their religious and cultural needs.”

During the Arab tourism season, which starts next month, Gold Coast Tourism will set up an “Iftar” (evening meal) lounge at the Hotel Chancellor in Surfers Paradise.

After fasting from sunrise to sunset in accordance with Ramadan, Arab visitors will be able to go to the lounge to have dinner, watch Arabic TV, smoke the shisha pipe and have a Turkish coffee.

Children will be catered for with entertainment and DVDs.