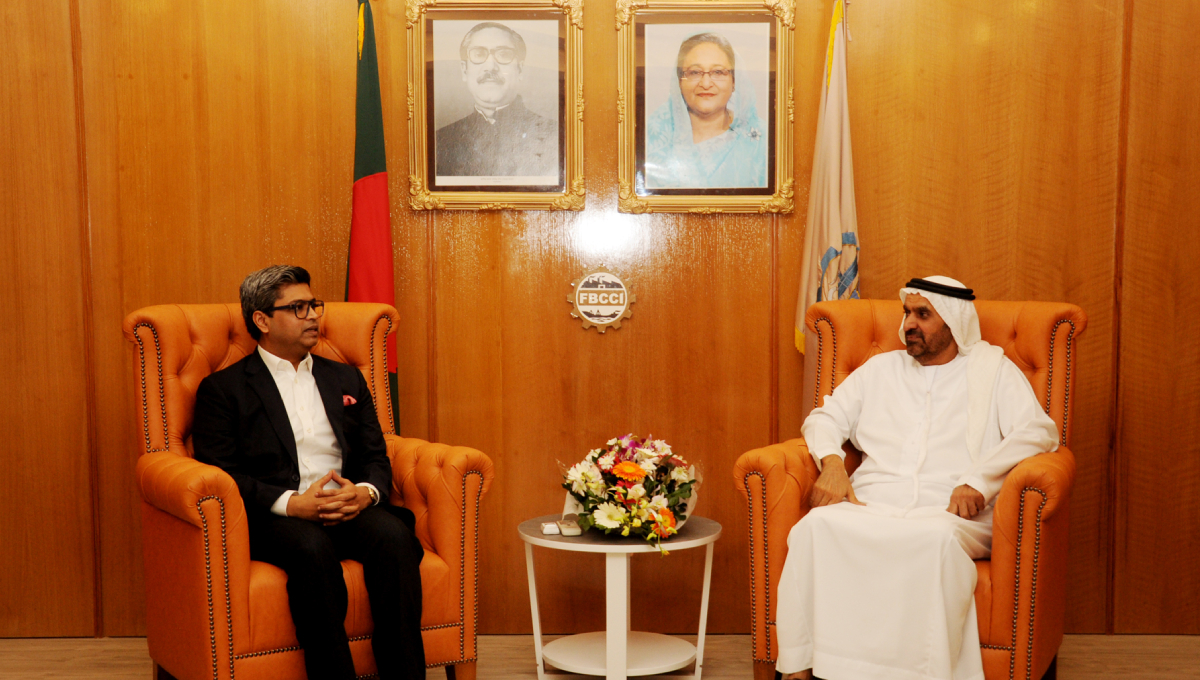 Dhaka, Oct 26 (UNB) – The Federation of Bangladesh Chambers of Commerce and Industry (FBCCI) on Saturday sought support from the United Arab Emirates (UAE) to set up a Global Halal Certification Centre here.

The issue came up for discussion during a meeting between UAE Ambassador to Bangladesh Saed Mohammed Almheiri and the FBCCI leaders with its President Sheikh F Fahim in the chair.

The chief of the country’s apex trade body emphasised the importance of knowledge and technology transfer for Halal certification, particularly the development of training modules, soft skills and physical infrastructure necessary for a globally rated Halal unified certification system at the FBCCI to tap the business potential in the international Halal market.

He highlighted FBCCI’s position to disseminate the technical knowhow on Halal processing to the 500+ member bodies and 30 million entrepreneurs in Bangladesh that will facilitate Halal exports from Bangladesh to GCC (Gulf Cooperation Council) and other Muslim majority countries.

The UAE Ambassador expressed his keen interest to work with the FBCCI to set up a comprehensive Halal certification centre that would target multiple stages of the Halal supply chain.

In the last fiscal year, total volume of trade between the two countries was US$ 1.57 billion, with Bangladesh’s exports to the UAE at US$ 0.34 billion and imports from the UAE at US$ 1.23 billion, according to the FBCCI.