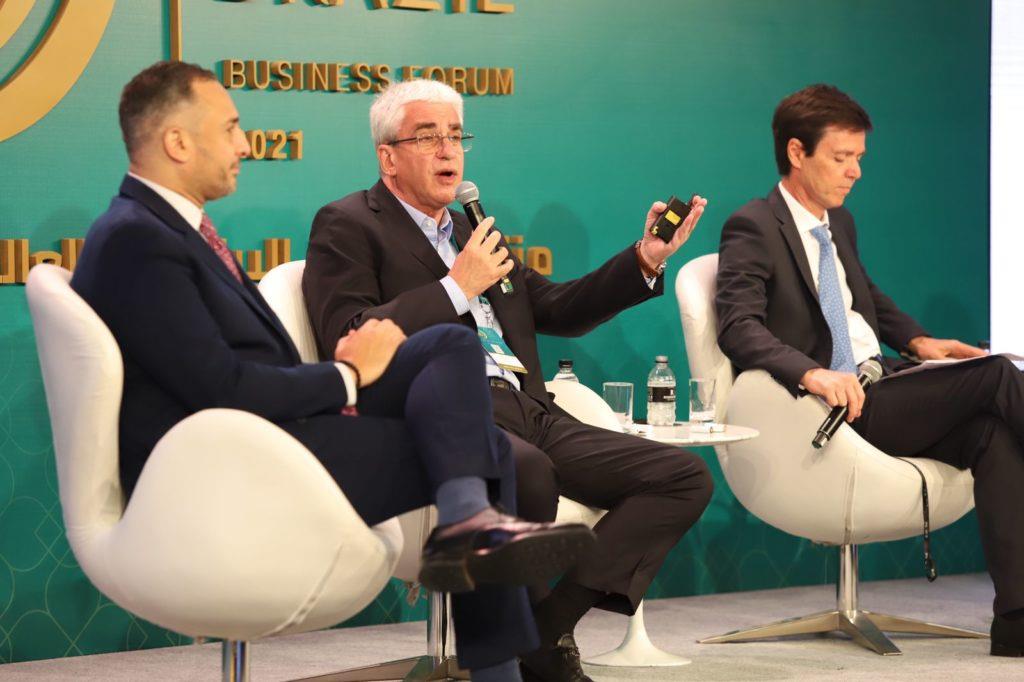 São Paulo – Brazilian halal animal protein companies Marfrig, Seara, and BRF are working to guarantee total traceability and sustainability for the halal market. The CEOs of the three largest beef and poultry companies in Brazil were together at the panel“Traceability and trustworthiness – Technology favoring halal food safety” this Tuesday (7), at the Global Halal Brazil (GHB) business forum, promoted by the Arab Brazilian Chamber of Commerce (ABCC) and the Federation of Muslim Associations in Brazil (FAMBRAS Halal). Pictured above, (left to right) Tamer Mansour, Miguel Gularte, and João Campos.

Marfrig launched the Verde + program and will invest BRL 500 million (about USD 88.6 million at the current rate) over the next five years, supporting the integration of producers and, thus, the transparency of end-to-end processes. Seara invests in different technologies to guarantee the quality and traceability of its products, and BRF is advancing in clean electrical power projects.

“Sustainability is no longer a choice today. Sustainability and traceability are the only choices,” said the CEO of Marfrig, Miguel Gularte.

The businessman said the company operates in Brazil, Uruguay, Argentina, and Chile in South America; and has plants in the United States and offices worldwide.“Marfrig is the largest beef hamburger producer in the world and a leader in sustainability initiatives,” he said at the panel.

More recently, according to Gularte, Marfrig took a“daring step” in traceability and started a sustainability program called Marfrig Verde +, which has three pillars; traceability, transparency, and 100% of the chain with origin control and free from deforestation.

“We launched the Verde + program, which foresees an investment of BRL 500 million [USD 88.6 million] over the next five years. We understand the Brazilian producer is informed and prepared, and Brazil is an operations warehouse for the world,” he declared.

According to Gularte, the commitment of Marfrig Verde + is to accelerate sustainability in the beef value chain, with a focus on the inclusion of the producer. For him, transparency comes with information. He also stated Marfrig’s traceability system uses the blockchain and is convinced the world will move along this path.

With the integration of the producer, Gularte said, more transparency is added to the production process.“In less than a year and a half, we have brought to formal work over 1,200 producers, who produce around 200,000 cattle heads for slaughter, because the company took care to integrate,” he said.

The halal market grows year after year and is among Brazil’s three most prominent export destinations, recalled Gularte, who believes it becomes critical to approach this market with transparency.“When we say we will have our cattle fully traced, we are meeting demands not only for transparency but also for sustainability,” he concluded.

“For us, the halal product is synonymous with quality, guaranteed origin, and food safety, and that is why we dedicate and invest a lot to ensure our products meet and lead the demands and trends of our consumers,” said the president of Seara, João Campos.

Campos said the company’s 26 poultry exporting plants produce halal products to more than 30 countries. The president spoke about how the company has been evolving regarding the quality and traceability of operations.“Investing in technology makes total sense, and it is a process we have been leading on several fronts,” he said.

Within Seara’s poultry sector, Campos informed technology is used to help increase efficiency, safety, and sustainability throughout the entire poultry production cycle.“It is what we call a SuperAgroTech platform, which integrates 100% of Seara’s farms digitally,” he said. 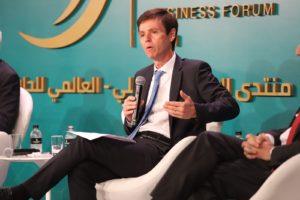 According to the president, Seara is the first company with an ecosystem of natural resources and business management benefits for its integrated producers.“We recognize the importance of mapping and having the entire supply chain system consolidated, under control, and expanding. This is a project impacting over 10,000 families,” he said.

Other technologies used at Seara and listed by Campos were an application to connect producers and technical staff; a management and control system for poultry breeding farms; an integrated system for monitoring and tracking agricultural transport from farms to factories, among others.

“We always make use of these different technologies to ensure traceability, quality, and the involvement of the entire chain to guarantee the quality of the food until it reaches the consumer. Furthermore, all our plants and feed are our own, which also guarantees the traceability of all the inputs in this chain. Our commitment is to produce food with the very best there is, and halal products are certainly part of that mission,” concluded Campos.

João Campos said this was the first event he has participated in since he was announced as president of Seara. Seara belongs to animal protein giant JBS.

“We have a non-negotiable commitment to sustainability and the preservation of the environment,” stated BRF CEO Lorival Luz.

In a video message to the panel, Luz highlighted the importance of the halal market for the animal protein company.“We have had the Sadia brand in the Middle East market for over 50 years, we started operations in the 1970s, and today it is part of our commitment and our strategy to be increasingly present in this region,” he said. 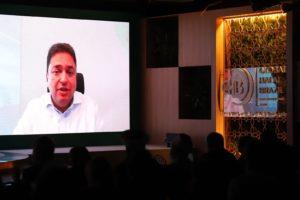 Lorival Luz: Halal market is a top priority for BRF

He informed that BRF’s production is“absolutely dedicated to the halal market,” with quality guarantees and certificates and the conglomerate exports to around 14 countries in the region and guarantee complete traceability of all raw materials, ensuring all of them follow the requirements of that market.

Luz recalled the company has a local presence in the United Arab Emirates, with a food processing plant in the Kizad industrial zone, in Abu Dhabi, since 2014, and BRF is investing USD 120 million to build a new facility in Saudi Arabia.“This is our priority market, and with this, we reaffirm our commitment to the plans and objectives of the region, defined by the governments, to be increasingly present producing locally, and thus in the daily lives of families throughout the region,” he declared.

As for sustainability, the CEO of BRF said the company is working and advancing on clean power generation projects.

The panel included Embrapa’s Research and Development director, Guy de Capdeville, the secretary-general of the ABCC, Tamer Mansour, and the vice president of FAMBRAS Halal, Ali Zoghbi. The moderator was Professor Dr. Mian Nadeem Riaz, Faculty of Food Diversity in the Food Science and Technology major and director at Texas A&M University.

The forum is sponsored by the Brazilian Trade and Investment Promotion Agency (Apex-Brasil), BRF, Pantanal Trading, Portonave, and Iceport. The event can be followed on its website or ABCC’s YouTube channel . Simultaneous translation into Portuguese and English is available.