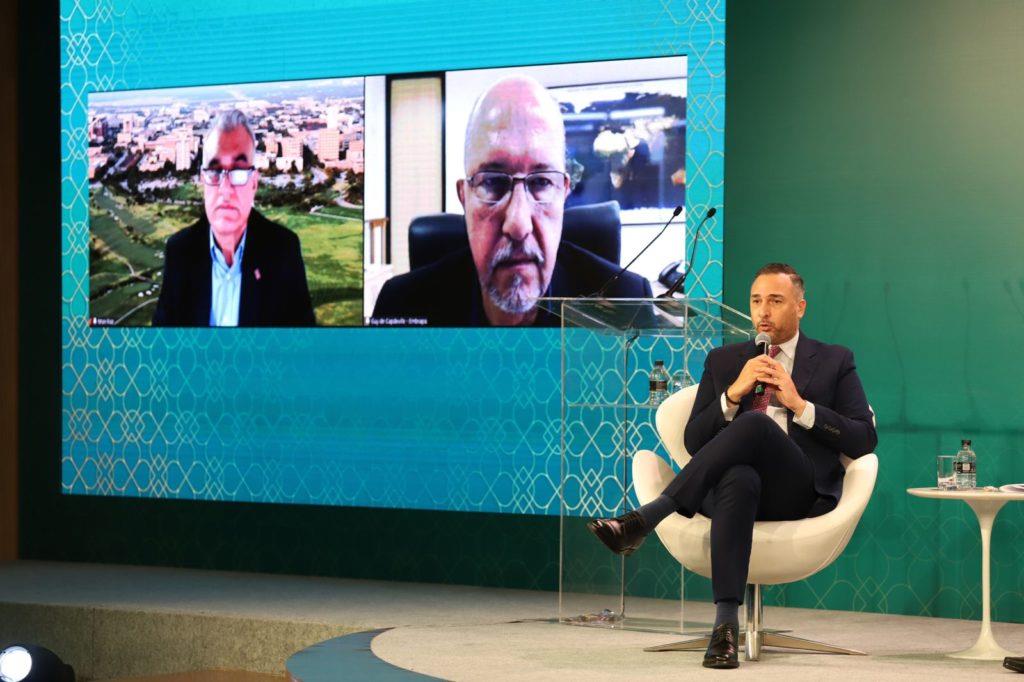 São Paulo –“Data analysis and the use of artificial intelligence have become crucial for traceable production processes to deliver animal sustainability,” said the Director of Research and Development at the Brazilian Agricultural Research Agency (Embrapa), Guy de Capdeville (pictured above, right screen), during the panel“Traceability and trustworthiness – Technology favoring halal food safety” at the Global Halal Brazil (GHB) business forum, this Tuesday (7 Dec).

The director’s big proposal concerning traceability is to develop scientifically-based solutions to bring sustainability to the environment and production systems. “ What is important in our vision, in terms of technological developments and traceability, is what to track, it is not just the production process, but the technologies used in it that will allow the traceability of safe food,” he said.

The tracking of animal production, according to Capdeville, can be facilitated with the use of integrated production systems, such as the Crops-Livestock-Forestry Integration System (CLFIS).“The production of grains associated with pasture, animal raising, and trees balancing emissions from cattle helps producers and food companies work in a logic to really guarantee the consumer the sustainability with which the animal is produced,” he said.

Capdeville also said Embrapa had become remarkably close to the Arab countries, mainly the United Arab Emirates and Saudi Arabia, to develop technological solutions to have food security in their territories.“We are talking about production indoors, in desertified areas, and other initiatives contributing a lot to food security so we can deliver a sustainable production model for the entire world,” he concluded. 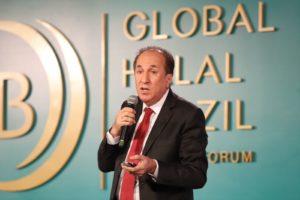 On the same panel, the vice president of Fambras Halal, Ali Zoghbi, presented the certifier’s new halal certification management system, SYS Halal. According to him, the system has strict security elements to facilitate the certification processes and communication between FAMBRAS Halal and its customers.“It operates with total security and transparency, and all information is saved and protected in storage clouds for easy access to users,” he said. The purpose of the new system is to facilitate requesting shipping certificates through a streamlined interface.

“It is an innovative system that will make part of a chain integrating companies, accreditors, public authorities, chambers of commerce, and blockchain,” said Zoghbi. According to the businessman, the system considers that the final consumer takes into account how the animal is raised, slaughtered, and transported.“Each certificate has a token and QR Code, and this guarantees more speed and traceability,” he concluded.

The secretary-general of the Arab Brazilian Chamber of Commerce (ABCC), Tamer Mansour, said at the panel the organization has been working heavily on innovation, industry 4.0, and sustainability in recent years. He mentioned the Ellos platform and the Easy Trade blockchain as examples of the institution’s work to reduce costs and bureaucracy in exports to the Arabs.“The Ellos platform works with major barriers Brazil has in exports, general cost, and expenses with certification and logistics,” said Mansour. The platform is already being used for exports to Jordan.

The panel was attended by the president of Seara, João Campos; the CEO of Marfrig, Miguel Gularte; and the CEO of BRF, Lorival Luz, through videoconference. The moderator was Professor Dr. Mian Nadeem Riaz, Faculty of Food Diversity in the Food Science and Technology major and director at Texas A&M University.

The forum is sponsored by the Brazilian Trade and Investment Promotion Agency (Apex-Brasil), BRF, Pantanal Trading, Portonave, and Iceport. The event can be followed on its website or ABCC’s YouTube channel . Simultaneous translation into Portuguese and English is available.