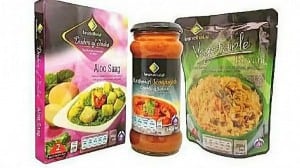 GHANIM International Food Corporation Sdn Bhd is planning to expand the Brunei Halal brand into Indonesia after having recently debuted in Malaysia, the company said in an email interview yesterday.

The company told The Brunei Times that it’s looking at Indonesia as a core market due to its sizeable Muslim population, proximity and growing spending power.

Indonesia and Malaysia are countries that are growing rapidly and have increased spending capacity, the company said.

“For Indonesia, it has its own unique set of marketing mix that is also considerably developed,” Ghanim International said in a statement.

Indonesia is also part of the company’s target markets in Asia where there is an “indication that considerable market shift will occur in the region where half of the world’s population will be concentrated in the years to come.”

Indonesia is the world’s fourth most populous nation, home to over 250 million people.

In order to boost international presence for the brand, the company said that it has participated in expos such as THAIFEX World of Food Asia and Gulfood.

At that time, the company’s deputy Chief Executive Officer Feby Latip said that MIHAS would be the “best entry point” for Brunei Halal to secure a niche in the global Muslim and ASEAN markets.

Feby also said that the company is “in talks” with relevant parties as part of an effort to break into the retail sector with the Brunei Halal brand.

MIHAS was inaugurated in 2004 and has served as a trading platform for the world’s halal companies in facilitating the sales of global quality halal products.

It showcases the halal concept through a wide variety of products from pharmaceuticals and herbal products, cosmetics and health care to Islamic investment, banking and takaful.

The Brunei Halal brand was launched in 2009.

Brunei Halal products were sold in Singapore in 2010 through the exclusive distributorship of NTUC Fairprice.

It began operations in the United Kingdom (UK) in 2011 and opened a branch the following year to cater to the growing demand for halal food.

The company said UK serves as an entry point to penetrate the European markets to “address the overwhelming assertiveness of the Muslim and quality-conscious community on the continent.”