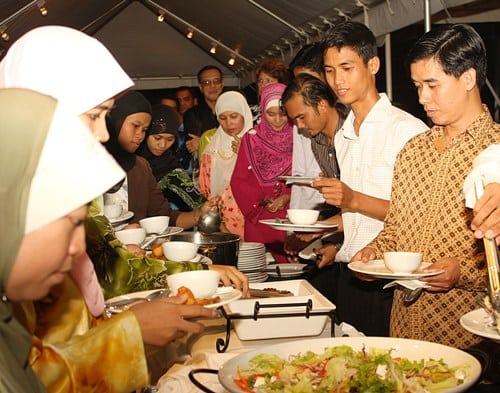 Cambodian officials and Muslim leaders will meet this month to discuss the establishment of the country’s first halal food institution, which would cater to the Kingdom’s some 400,000 Muslims.

Cambodia would invite experts from Muslim-major-ity countries in the region to teach local Muslims, known as ‘Cham’, how to process food according to Islamic doctrine, Mao Thora, secretary of state at the Ministry of Commerce, said yesterday.

“The institution, or centre, for Islamic food would be a state-run facility with recognised Halal food standards”, he said.

Although many of the nation’s Cham consider themselves Muslim, awareness of the rules governing Halal eating habits was low, some members of the Muslim community said yesterday.

“If we don’t how to do it, then we are not Muslims. So we want to know how to do it,” Othsman Hassan, a local Muslim and president of the Cambodian Muslim Development Foundation, said.

“If we want to know how to make halal food, we have to seek help from Islamic people. And we need this help without spending too much money.”

One of the first steps for establishing a centre would be installing a laboratory for food testing, Othsman Hassan said.

Identifying hygiene techniques customarily used in Muslim cooking would be another part of the process, he said.

Cows that had been electrocuted could also not be consumed, Othsman Hassan noted.

Leaders of Cambodia’s Cham population have said their community is poor and often feels marginalised.