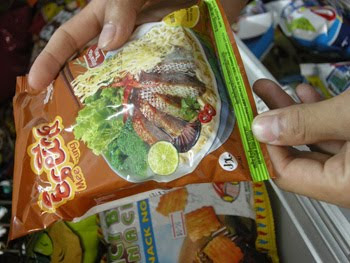 The Kingdom of Cambodia is yet to establish a formal Halal certification process.

Ith Sothoeuth Institute will mean Muslims will not be forced to buy goods on faith alone, Cambodia’s government could set up a body to certify Halal food in the country as early as this year, the official in charge of the proposed Cambodian Halal Institute said.

The Ministry of Commerce is working in consultation with the Cambodian Muslim Development Foundation under orders
from Prime Minister Hun Sen on a certification body, which will most
likely be set up by sub-decree, Sop Ra, deputy director general of
domestic trade at the Ministry of Commerce said.
No official launch date had been set, and progress has been slow to
date due to a lack of resources.
“We have plans to create the body, but now we have only a small
taskforce,” Sop Ra said. “We are in a slow process of writing books
about the definition of Islam and a directory of Islamic food in
Cambodia.”

In the absence of a certification agency, Cambodia’s Muslims have to
rely on faith alone to ensure the food they eat is prepared according
to Islamic dietary laws, said Othsman Hassan, president of the
Cambodian Muslim Development Foundation and a secretary of state at the
Ministry of Labour.
“Now we don’t have a proper law to certify halal food, which is why
some people put the word halal on their produces, but sometimes Islamic people still don’t eat their products because they don’t trust the label,” he said.

One of the most widely recognised products made in Cambodia bearing the halal label is the Mee Yeung (Our Noodle) brand of instant noodles
produced by Men Sarun Co.
The company produces four varieties of noodles. The chicken, seafood
and beef variants are labelled halal, while the fourth – pork – does
not carry the label, given that it is not eaten under Islamic law.

A Men Sarun representative said he was not authorised to speak to the
media Thursday and referred questions as to the halal status of the
company’s products to another company employee who could not be
reached.
Sources within the Cham Muslim community say Othsman Hassan was
initially charged with setting up the certification body through the
Muslim foundation, but Commerce Minister Cham Prasidh successfully
lobbied Hun Sen to transfer authority to the ministry.
Othsman Hassan denied there was any conflict between the foundation and
the ministry.

Ministry of Culture and Religion Secretary of State Jakya Adam admitted
that Cambodia was taking a different approach to establishing the
certification body than most other countries, where halal certification
was traditionally the role of local Islamic communities.
“In most other countries, this is completely the work of Islam,” he
said. “But for Cambodia, we don’t want to do it that way. We want
cooperation between Islam and the government.”
Sop Ra said he has attended courses on halal food in Brunei, India,
Malaysia and Thailand and was currently researching halal products sold
in Cambodia.
“We are searching which companies import those products and which
countries certify them,” he said, adding that they are also searching
Halal products which are locally made.

Ihab Mattar, general manager and chef of Phnom Penh’s Le Cedre
restaurant, which serves halal food, said he imports most of his
products from Lebanon. He also sourced meat locally from Cambodian
Muslims, trusting them that it was prepared according to halal methods.
“In Cambodia, they don’t know anything about certifying halal food,” he
said.