WOODSTOCK, Ontario, Canada – A new $15 million hatchery is being built 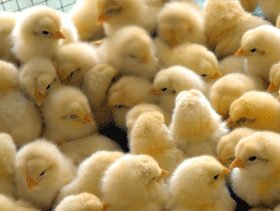 in the Canadian province of Ontario

It is the first large-scale hatchery to be built in the province for more than 30 years and “will create approximately 30 jobs and have capacity to produce 20 million chicks per year,” said Sargent Farms of Ontario and Boire & Frères Inc. of Quebec in a statement, reports Food in Canada.

The two companies launching the hatchery say it will operate as the “Thames River Hatchery” and is set to open very soon. The new hatchery is tauted for its sustainabililty, improved animal care standards and state-of-the-art technology.

In addition to the new hatchery, the two companies announce that they are investing $10 million to enhance its halal processing facility in the nearby town of Milton during a retrofitting process over the next three years.