You can’t afford to ignore the halal market any longer, concludes panel at SIAL Canada

There are approximately 1.4 million Muslims in Canada today and by 2021, it’s projected by Statistics Canada that they will outnumber ethnic Chinese in this country, Salima Jivraj, multicultural lead at Nourish Food Marketing and founder of the Halal Food Festival told attendees at a session at SIAL 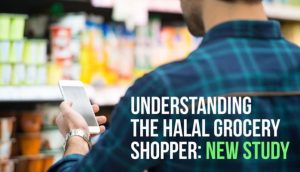 Canada last week. “Add in the annual growth rate of 10% to 15% in the halal market and you can see why you can’t afford to ignore these numbers anymore.”

Jivraj made the comments while moderating a panel discussion on Understanding the Halal Consumer. Halal is an Arabic term meaning permissible or what is allowed for those following the Muslim faith, with food being one aspect of it.

Marketers need to have a better grasp on halal consumers if they want to better serve them, stressed the panellists. One thing to keep in mind: the halal market is not a homogeneous group, but rather is made up of many different cultures. “But we tend to stereotype the community into Arab or South Asian,” said Jivraj “and by default, we assume that they’ve recently immigrated [to Canada] or that they don’t speak English.”

In reality, Muslims have been in Canada since the 1850s, said Omar Subedar, COO of the Halal Monitoring Authority, a halal product certifier. “They are as Canadian as anyone else and they want to eat the same products as everyone else,” he said, adding that Muslims want good quality products they can trust. Subedar said it’s important to look at the grocery shopping experience through the lens of the halal consumer; while a typical grocery store may be many thousands of square feet, for the halal consumer it’s as big as a Hasty Market. “The amount of choices they have is very limited.” Subedar called on companies to increase their product lines to give these shoppers more choices in more categories.

Kevin Andrews, director of control brand marketing at Loblaw, which has its own halal brand called Sufra, added that at the end of the day halal consumers want good tasting food.

“One of the biggest insights for me coming from this process with Sufra, is understanding that halal customers, they are foodies, too,” said Andrews. “They love food and we need to continue to deliver products, hopefully, that meet that need.”

Not meeting that need means missing a big opportunity, said the panellists. Muslim families tend to be larger in size and they now have a lot of spending power, said Subedar. While Ontario is a leader in serving the halal market, he said other regions were not taking halal very seriously and companies were missing out on this spending power. “It’s better to jump on the bandwagon, for lack of better words, now, rather than letting someone else grab the opportunity.”