More needs to be done to tap into the huge and growing market for halal meat, say experts.

“It’s a market that people seem to be a little afraid of or haven’t quite understood,” said Grant Winton, a manager with the International Relations and Marketing Section of Alberta Agriculture and Forestry.

“Halal is a very good opportunity,” he said. “There are countries with sizable Islamic populations that are always on the lookout for new sources.”

Under Islamic law, an animal must be alive and healthy before it is killed, and all the blood must be drained from the body. One method requires a swift incision with a sharp knife that cuts the jugular vein. 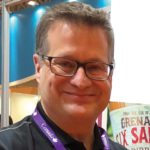 “There’s so much misinformation around halal certification when it comes to protein and to beef,” said Gerald Toews, owner of Wildrose Trading, a Calgary company that exports Alberta beef and other food products.

“It’s done very humanely and with the exception of the accreditation from the different bodies for halal, there’s very little difference between that and regular beef.”

His company has sold halal beef to the United Arab Emirates, as well as Alberta beef, honey, candy, and chocolate to countries in the Middle East and Asia.

“Definitely, there is opportunity, especially with the growing demand for those food products,” said Toews, who has 35 years of experience in the food business.

Halal products require certification and the approval process is done by a third-party organization. Alberta Halal Monitoring is based here and there are a couple of Toronto companies which do halal monitoring in the province, he said.

Ranchers and producers who understand the process know it is humane, said Toews, adding he would like to see Alberta beef processors do more to pursue the market for halal meat.

“If they are doing halal, they need to be chasing into the markets that they are selling into,” he said. “I think that a lot of them haven’t clearly taken advantage of that opportunity as much as they should.

“There is a halal butcher that I’ve spoken to in Calgary and I’ve sold him some product. He had been purchasing his halal beef from a division of JBS out of Ontario and bringing the beef all the way from Ontario out here. I told him that didn’t make much sense to me because we have product being produced out here that is halal.”

More also needs to be done to inform people about how halal meat is produced, said Toews.

“It’s a matter of educating the public about the process, how the animals are treated and what little difference there is between the beef that they might be buying from a shelf at the co-op versus something labelled halal,” he said. “When people don’t have all the facts, they make up their own facts and their own negative assumptions.”

There is not only an underserved market for halal beef but also for products, such as gummy bears and candy, containing animal-based gelatin. Many are made from gelatin made from pigs (which, like pork, is ‘haram’ or forbidden under Islamic law).

“All the Muslims in the world are a potential market for halal products,” said Winton.

Alberta Agriculture has been active in food shows in the Middle East, including Gulfood (a combination of Persian Gulf and ‘food’).

There is growing realization of the market opportunities, he said.

“People are starting to pay a little closer attention to details and deciding what someone read online wasn’t quite accurate after all. The way things actually go is quite in line with the animal welfare and food safety guidelines that we have in Alberta. People are starting to notice that and want to participate in a good business opportunity.”

The next step is to build awareness and make sure the facts are out there, he said.

“Canadian beef has a tremendous international reputation,” he said. “We are selling a lot of meat, halal and non-halal into higher-end markets, hotels and the like. There’s high-end premium demand.”

Not only is halal beef in demand internationally, but there’s growing demand in Canada.

“As the Canadian population continues to grow and people from all over the world settle in Canada and raise their families in Canada, there’s a lot of them who demand halal food,” said Toews. “There’s an opportunity for it, and I think it will grow, not just for Canadian consumption, but also for export.”