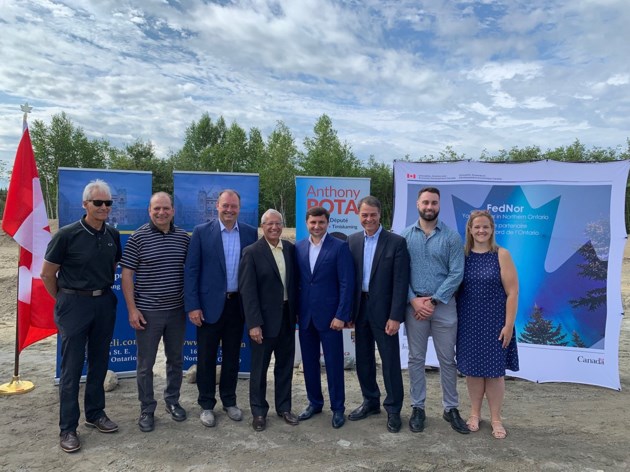 A meat-processing plant being constructed in North Bay has secured more than $2.4 million in provincial and federal funding.

In March, 2018, Ukrainian company Canada Meat Group purchased three acres of land in the industrial park at Jack Garland Airport for the 15,000-square-foot meat-processing plant, and ground broke on construction the following September.

The plant is expected to employ up to 40 people when fully operational.

According to a federal government news release, a $1-million repayable FedNor grant is expected to help Canada Meat accelerate its expansion into global markets.

The facility is expected to employ state-of-the-art equipment, including a specialty blast freezer with smart technology designed to reduce freezing times and enhance product quality and increase shelf life, according to the release.

“We would like to thank the Government of Canada for helping us grow our business and increase exports to overseas markets, where demand for specialty meat such as Halal is at an all-time high,” said Oleksandr Zahrebelnyi, president of Canada Meat Group, in the July 22 release.

“In the next few years our goal is to have our products available for purchase across the Middle East, Asia, South Korea and Japan.”

On the same day, the province announced an additional $1.4 million for the facility.

“This announcement will help economic growth in North Bay by creating jobs and ensuring the North remains a great place to live and work,” Nipissing MPP Vic Fedeli said in a release.

“It’s one more way we are signalling to the world that Northern Ontario is open for business.”