TORONTO, Canada – With a growing Muslim population, stable economy and openness to the world, Canada is poised to 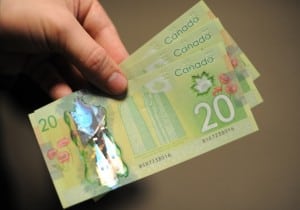 But many say Canadians must first better understand the growing financial sector, and support from the federal and provincial governments would go a long way to boost its development.

“When you look at global finance, [Islamic finance] is a very, very high growth area and for Toronto, as an international financial centre, it should be a table-stake for us,” said Janet Ecker, president and CEO of the Toronto Financial Services Alliance (TFSA).

Islamic finance is a socially responsible financial system that emerged in the 1970s and uses Islamic law (sharia) to regulate various sectors, including banking, investments, and insurance.

Under the system, Islamic investments are often referred to as halal investments, or sharia-compliant investments.

A recent report by the Toronto Financial Services Alliance (TFSA), a public-private entity that seeks to build Toronto as a global financial centre, and Thomson Reuters predicted that Canada could be home to almost $18bn in sharia-compliant mortgages, while international Islamic bonds (sukuk) could generate $130bn in national infrastructure investments.

Ecker said Canada’s stable financial market and risk management expertise, coupled with a large and growing Muslim population and an openness to the world, makes it an ideal place to develop Islamic financial opportunities.

Just over one million people identified as Muslim on the most recent Canadian household survey in 2011, and that number is expected to grow to around three million by 2030. Muslims represented 3.2 percent of the Canadian population in 2011, up from 2 percent a decade earlier.

“Being able to have business partners and a business climate that is more accepting and open is not an insignificant advantage for us,” Ecker told Middle East Eye. “I do think Canada and certainly Toronto does provide a more welcoming environment than they [Muslims] may have in other places.”

How does Islamic finance work?

In Islamic finance, investments in weapons, gambling, alcohol, pork, adult entertainment and other areas are deemed forbidden and earning interest (riba) is prohibited. Governments, meanwhile, can issue Islamic bonds (sukuk), which are structured to be without interest.

“Islamic finance is simply a different way to structure or to create products that are consistent with the Islamic faith. Full stop,” explained Walid Hejazi, an associate professor of international business at the University of Toronto’s Rotman School of Management.

Shared risk and joint profit are also important elements of Islamic finance, and various cooperative frameworks are employed in housing and other sectors.

Sharia-compliant insurance (takaful) is also based on the concept of mutual cooperation and donation, explained Sheila Htay, a professor of banking and financial services law at Osgoode Professional Development in Toronto.

“When any participant is hit by the misfortune, the claims will be given by the participant risk fund, which is established based on the concept of donation,” she told MEE.

Global Islamic financial assets totaled $1.81 trillion in 2014, according to a recent report published by the Thomson Reuters Foundation, and that figure is expected to reach $3.25 trillion by 2020.

Islamic commercial banking figures, meanwhile, totaled $1.3 trillion in 2014 and are set to make up about 9.9 percent of the global market in 2020 at $2.6 trillion, the same report found. Malaysia had the best-developed economy for Islamic finance in the world, followed by Bahrain, the United Arab Emirates, Saudi Arabia and Oman.

Htay said that one of the biggest misconceptions about Islamic finance is that it is only available to Muslims or in Muslim-majority countries. She said about 50 countries, including non-Muslim states like Singapore, Thailand, Sri Lanka, and the US and UK, currently offer Islamic banking options.

“The prohibition of interest, uncertainty and gambling is evidenced not only from the teaching of Islam, but also from other religious teachings such as Christianity, Judaism and others,” Htay said.

“Although the product has the name ‘Islamic,’ it is intended for all people, regardless of religions.”

The sharia-compliant financial sector is also not entirely new in Canada.

“Housing cooperatives in Montreal and Toronto, and perhaps other parts of the country, have been making loans to members of their cooperatives in a sharia-compliant manner for over 30 years,” explained Jeffrey Graham, partner and the head of the financial services regulatory group at Borden Ladner Gervais LLP.

The Toronto-based Ansar Housing Cooperative, for instance, uses a concept called “Diminishing Musharaka” to help home-buyers purchase properties without paying interest, as is required under a traditional mortgage, Graham said.

This profit- and risk-sharing system allows an individual to buy a home jointly with a firm, to which he or she then owes rent. The individual then also gradually purchases the firm’s shares in the property – usually over a set period of time – until he or she eventually owns the entirety of the home.

“There’s a long history, certainly among private citizens and in the cooperative movement in Canada, with respect to Islamic finance,” Graham said.

An-Nur Cooperative Company has offered interest-free financing for homebuyers and advice on sharia-compliant investments for the past 10 years. The company has offices in Mississauga and Scarborough, large suburbs of Toronto, and currently co-finances housing for 10 families.

Salim Ansari, an An-Nur board member and chartered accountant, told MEE that while demand is growing, “the biggest challenge is getting capital”.

Ansari said the involvement of larger Canadian financial institutions in the Islamic financial sector would ease the current demand and may even help his company expand.

A handful of Sharia-compliant credit unions opened in Canada in recent years, but many have struggled to stay afloat. The industry was also hit by a case of fraud in 2011 that left some potential clients wary.

More than 170 Muslim homeowners in the Toronto area were left in the lurch after an Ontario court put an Islamic credit union in receivership. UM Financial acted as a go-between for a credit union and Muslim families that sought a sharia-compliant alternative to interest payments. UM Financial declared bankruptcy that same year.

In 2014, police charged the firm’s co-founder and financier Omar Kalair with mortgage fraud in the sum of $4.3mn. Kalair allegedly used the mortgage payments to purchase gold, silver coins and electronics.

Jeff Gareau, a financial advisor at No Interest Investments with over two decades of experience in sharia-compliant investments, agreed that, “past debacles have really undermined confidence incredibly”.

“Having very expensive schemes where there is a sharia-compliant contract or having more affordable ‘Islamic mortgages’ where the contracts are not truly sharia-compliant presents a dilemma for the Muslim consumer,” Gareau told MEE.

Still, investments in publicly-traded, sharia-compliant mutual funds have more than tripled in Canada since 2009, Gareau said.

More traditional banks seem to be getting into the sector – the Canadian Imperial Bank of Canada (CIBC), one of the country’s major financial institutions, now offers halal investment advice – and the Toronto Stock Exchange even established a sharia-compliant index in 2009, the S&P/TSX Islamic Index.

Hejazi said he has had conference calls with three Canadian banks with interest in Islamic finance over the past six months. But for now, banking institutions in Canada do not offer sharia-compliant mortgages, he said.

Gareau said that Canada offers unique challenges to the development of Islamic finance, including a wide geographic area and various provincial regulations governing finance and investments.

He said it is important to make sure that any future hub of Islamic finance in Canada does not lose sight of the values and ethics that underpin the sector.

“If we can guarantee a level of ethics and compliance so that consumers have full faith in Islamic financial products as well as the advisors practicing in the field, Canada will definitely become an international hub for Islamic investment and finance,” he said.

The Department of Finance Canada told MEE in a brief email that Canada’s banking framework accommodates a range of products and encourages competition and innovation in the financial sector.

It would not say explicitly whether the government supports Islamic finance.

Lawyer Jeffrey Graham said the Canadian government is not an impediment to developing a strong Islamic financial sector.

“My sense is that governments and policy makers have been very clear that they are not in any way opposed to seeing the development of a multitude of financial structures, but one needs to work with them closely to make sure that they develop in a manner where the playing field continues to be level,” he said.

But Hejazi said a decision from Canada’s federal or provincial governments to issue Islamic bonds (sukuk) could serve as a catalyst to help the industry develop. “What that does is it creates a platform within Canada of what Islamic finance is … that would provide the platform for this industry to grow,” he said.

Ecker at the TFSA, meanwhile, said that the growth of Islamic finance would be a “step-by-step process” in Canada that involves learning more about it and exploring new services.

“Some of the geopolitical tensions do cause people to be cautious,” she said. “But I think that’s something that hopefully will not stand in the way of being able to provide additional financial products that happen to be Islamic compliant.”