The legislation was opposed by many scholars who said it “violates the principle of separation of State and religion”.

The drafting of a law on halal food was not listed in China’s legislative work plan for 2016, after meeting with mixed reactions 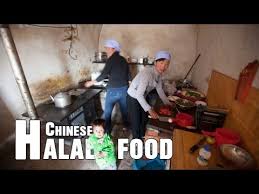 The Legal Affairs Office of the State Council announced in March that China had contemplated whether to draft the law, years after the State Council first tasked the Ethnic Affairs Committee of the National People’s Congress (NPC) to draft a national regulation on halal food in 2002, the Global Times reported on Monday.

The committee suggested speeding up passage of the legislation in 2012 and 2015, saying that the legislation was “reasonable and necessary” as it relates to “national unity and social stability”.

The legislation was opposed by many scholars, including Xi Wuyi, from the Chinese Academy of Social Sciences, who said it “violates the principle of separation of State and religion”.

Several Muslims destroyed the facilities of a bakery in Xining in Qinghai province in May 2015 after discovering non-halal items such as pork sausages and ham in its delivery van.

In the same month, hundreds of Muslims in Xi’an, Shaanxi province also took to the streets to demand a ban on the sale of alcoholic beverages – which are forbidden by the Holy book Quran – at local halal restaurants.

According to an official from the religious affairs department of the Xinjiang Uyghur autonomous region, at least 20 million Chinese from several ethnic minority groups eat halal food, so it is necessary to have national legislation on halal products.