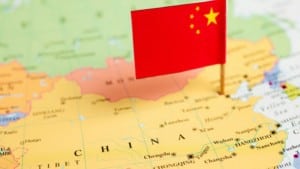 Officials in Beijing have ordered all shops to cover up any Arabic signs or Islamic symbols, in the latest phase of the government’s crackdown on Muslims.

Restaurants, cafes and food stalls which serve halal produce have been visited by government officials in recent weeks and told to remove not just the word “halal” in Arabic but also any images associated with Islam, such as crescent moons.

The campaign against visible signs of Islamic identity began in 2016 as an attempt to ensure China’s 20 million Muslims more closely confirm to mainstream Chinese culture.

The crackdown has been most severe in the province of Xinjiang, where the state security forces have imposed a deeply authoritarian assault on the freedoms of the Uighur Muslim minority, including detaining as many as two million people in what it claims are re-education camps.

For full story go to: