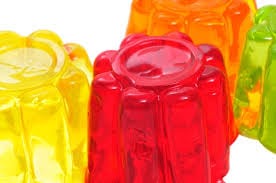 to open a bio-gelatine manufacturing plant in Melaka.

The establishment of this plant is expected to pull in up to RM1.02 billion in investment.

Entrepreneurial Development Minister Mohd Redzuan Mohd Yusof said this will be the company’s first plant outside China and the largest in Southeast Asia.

The initiative is also expected to generate some 2,200 job opportunities.

“The joint initiative was the fruit of my meeting with the Aminbio vice-president Ayub Su on the sidelines of Prime Minister Tun Dr Mahathir Mohamad’s visit to China since Aug 17,” he added.

He said phase 1 of the project will involve an estimated investment of RM120 million which will create about 200 jobs.

“This will be subsequently expanded to phase 2 with a further investment of RM900 million, creating another 2,000 job opportunities.

“Aminbio is currently in discussion with Perbadanan Kemajuan Negeri Melaka (PKNM) to identify a suitable site for the project. Representative from PKNM had also attended the meeting,” he said, adding that Aminbio is expanding rapidly in delivering halal products internationally.

“The company needs Malaysia’s help as a facilitator to launch this project immediately and both parties are looking at completing project between 14 to 16 months,” he said in a press conference here today.

He was met at the Kuala Lumpur International Airport (KLIA) upon his return from China.

Redzuan also said he has met with four other Chinese companies to explore investment opportunities between both countries.

He added that the meeting involved research and development, investment in the bio-diesel sector and solar energy.

“We had a meeting with Chinese bio-diesel company, Sanju Environmental Protection & New Material Co Ltd. The company has also expressed interest to penetrate into the Malaysian market,” he added.

When asked on his working visit to China, he said discussion between Dr Mahathir and his counterpart Li Keqing was very positive.