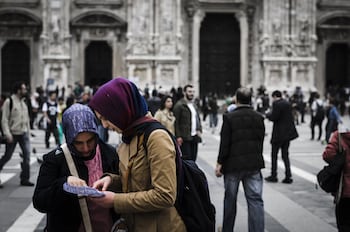 Travel and Tourism News Middle East’s recent halal travel roundtable discussed the needs of the halal traveller, challenges faced by the industry, popular halal destinations for the year and analysed the term halal itself.

TTN conducted a roundtable in association with Reed Exhibitions’ Arabian Travel Market last month and the focus was on halal travel, which may be defined as the kind of travel that addresses the needs of Muslim travellers, in accordance to what is sanctioned by Islamic Law.

This was one in a series of roundtables organised by Reed Exhibitions in the lead up to Arabian Travel Market, which takes place from April 24 to 27 next year.

Experienced personnel, both from the hotel side and the agency side actively participated in the halal travel roundtable, which was hosted at the Media Rotana hotel in Barsha Heights, Dubai.

Some really interesting observations were made:

• The term ‘halal’ means different things to different people, meaning that halal travellers are not a homogenous mix

Based on a report by Thomson Reuters, the global market for halal food and lifestyle sector including travel, fashion, media and recreation, pharmaceuticals and cosmetics was valued at $1.8 trillion in 2014. This is estimated to increase up to $2.6 trillion by 2020. 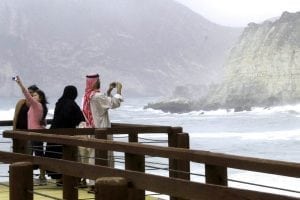 According to Amadeus, halal tourism numbers are expected to hit 150 million in travellers volume and collective spend is estimated to be $200 billion by 2020. In 2014, this number was $145 billion.

Another study, commissioned by the Government of Dubai and produced by Thomson Reuters in collaboration with DinarStandard says that halal tourism market represents 11.6 per cent of global tourism expenditure – excluding Hajj and Umrah – and is expected to be worth $238 billion by 2019.

The numbers from various other sources, such as MasterCard and Crescent Rating’s Global Muslim Travel Index 2016, also show that the halal travel industry will be in the region of $200 billion in the next five years.

So, what does the halal traveller really want?

Our expert panel was quite comprehensive in outlining the needs of a typical halal traveller. Laila Ahli, regional product manager for GCC & Mena, Dnata, kicked off the discussion by mentioning that prayer timings and direction to Kibla are some key requirements for halal travellers in a hotel room, especially when someone is travelling to a different time zone. A Holy Koran in the room is also an important addition. Samir Arora, general manager at R Hotels, pointed out that apart from certified halal food, the main requirement really is for the staff to be aware of the needs of Muslim travellers. Some other needs are bathrooms with water facilities, separate spa/swimming pool timings or areas, food service during Ramadan, etc.

What started out as a quest for defining halal travellers’ needs soon ended up into a discussion about the main challenges faced by the halal travel industry. Mostafa Elenany, regional director of hotel sales (GCC & Levant Countries), Accor Hotels Middle East, says that the problem lies within the terminology of halal travel itself, since it lends itself to a lot of interpretation and thus, confusion. He suggests working with different alternative concepts such as dry hotels or family-friendly hotels, which can then go beyond religion and cater to other segments as well. 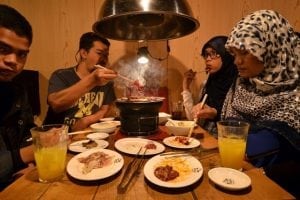 The overarching problem faced by the halal travel experts at the roundtable was a lack of standardisation in the halal travel industry to define clearly what is considered halal and what is not, and to have a set of rules and regulations for reference.

‘It is important for us to have a reference point to check each individual hotel, the industry needs to have standards, so we travel counsellors can advise our clients better,’ says Amit Agnihotri, manager at Airotech Travel & Tourism.

Shaji Abu Salih, area director, sales & business strategies, Shaza Hotels points out a deep-set issue of lack of awareness and perhaps a lack of acceptance of the concept of halal itself. ‘About 46 per cent of customers globally are Kosher customers and 22 per cent halal customers – yet how many hotels or restaurants put an H on their menus to mark halal food?’ Iris Sabellano Vasilevska, travel manager, Al Arabi Travel, mirrors this sentiment, adding: ‘In GCC there is no problem looking for halal options, but when you go further afield to South America and US, we have a huge challenge in checking with hotels on their halal compliance. We end up spending a lot of man hours trying to make our own enquiries to find out what options exist for halal clients.’

Halal food is key in any hotel and sometimes it even becomes a task to have outlet to offer halal food for clients. ‘Some hotels even charge money to empty the minibar, it’s quite a challenge,’ says Hossam Andraous, CEO and founder, Foras Travel.

Matthias Albrecht, director GCC, Switzerland Tourism, speaks from the destination perspective. ‘The concept of halal is a very important to improve customer experience of GCC guests. We launched several seminars years back with destinations and hotels, where we explained the concept of halal quite thoroughly, discussing how to design hotels and provide friendly service for GCC customers. We now have buffets with clearly marked halal food, we offer a basket with Koran, Kibla compass and prayer mats. We also have one of the rare halal barbecue cruises.’

Speaking of popular halal destinations, regional staycations remain popular. Agnihotri mentions that France and Germany are affected but Bosnia is doing well. ‘Within the UK as well we are trying to create a new product with VisitBritain. For example, South London, New Castle, Bath.’ The market is shifting towards Azerbaijan as well, says his colleague at Airotech Travel & Tourism, Farah Moneer Hafidh, who is executive, Khaleeji concierge.

While some panellists believed that business in Turkey was down due to the recent political mishaps, others claimed that business was going quite strong. For instance, Hossam of Foras Travel says: ‘Bosnia may be one of the top destinations for travellers outbound from the UAE, but the UAE market is very small compared to other markets in the GCC. As a wholesaler, we have done 3,000 room nights in Turkey this summer alone for Saudi Arabia.’

Shahmar Karim, GCC marketing specialist at Halalbooking.com agrees with Hossam, adding that Azerbaijan and Bosnia are only popular for the UAE market mainly due to the visa facilitation. ‘Turkey contains well developed halal resorts, so it is still the major destination, you can find family-friendly resorts in Turkey. Next, we have Maldives, Malaysia and Indonesia.’

Nour Aridi, country manager, Indonesia, confirms that the Islamic majority country is continually seeing increasing traffic from the GCC. ‘The ministry of tourism in Indonesia has a team managing halal travel and today we have a growth of 6 per cent in that sector.’

Naeem Patelia, travel counsellor with Travel Counsellors, adds: ‘More halal practitioners are travelling every day and a country like Indonesia will get more and more outbound travellers. European destinations will also become more attractive, if they have halal facilities.’

Sameer Sheriff, general manager, Royal Gulf Tourism, says halal travel is ‘a huge market that needs to be tapped. Surely, it will be profitable’.