The latest ‘in thing’ these days is the vaping craze in several countries since it was introduced about five years ago. However, Muslim scholars here have said that vaping and e-cigarettes are stringently prohibited in Islam due to its health implications and because they are a “waste of money”. 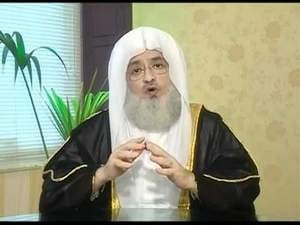 Dr Ali Ahmed Mashael, Chief Mufti at the Department of Islamic Affairs and Charitable Activities in Dubai, told Khaleej Times that e-cigarettes are not only forbidden according to Islamic Sharia but are rather a “two-fold sin”.

“Vaping (inhaling and exhaling the vapour produced by an electronic cigarette or similar device) is as haraam (forbidden) as regular smoking owing to its harmful effects on the health of smokers and those around them.”

Warning, Dr Mashael said some companies are only interested in making money and disregard that these e-cigarettes can have any negative impact on people’s health as is the case with regular smoking which is haram in Islam.

“The same applies to such e-cigarettes which can be filled with liquids including nicotine, and other harmful substances.”

Some people claim that they resort to e-cigarette to give up regular ones, but that is not acceptable as well, he added. “One should give up smoking with a firm will seeking forgiveness from Almighty Allah for the sin he has been committing.”

Such shift from cigarettes to e-cigarettes is rarely helpful as it sometimes gives options which might be more harmful than regular cigarettes and shisha, Dr Mashael said. “Prophet Muhammad (Peace be upon him) was reported as saying: ‘There should be neither harming nor reciprocating harm’, and that applies to vaping.”

“When Muslims are prohibited from eating or drinking too much halal (healthy and permissible) foods, how can they be allowed to consume anything harmful?”

Renowned scholar Dr Shaikh Mohammed Ashmawy said some people, mostly youngsters, believe that e-cigarette is halal or permissible and that has led to widespread use of electronic cigarettes.

“Vaping is worse than using tobacco, and specialists confirm that it is more detrimental to health than normal cigarettes,” he opined.

According to some media reports, last week Malaysia’s National Fatwa Council declared e-cigarettes and vaping forbidden (haraam) for Muslims in an attempt to ‘prevent an unhealthy culture from spreading to future generations’

Media reports quoted Dr Abdul Shukor Husin, chairman of the council, as saying that the decision followed careful consideration of health implications of vaping, indicating that the decision is in line with the opinions of several other Muslim countries including Bahrain, Kuwait, Qatar and the UAE.