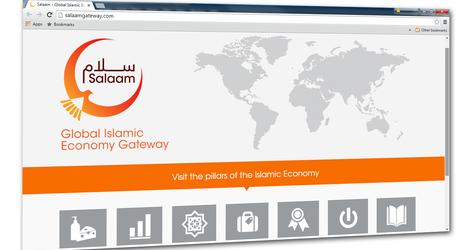 Dubai’s ruler Sheikh Mohammad Bin Rashid Al Maktoum launched an online platform dedicated to the global Islamic economy on Monday as part of the emirate’s drive to be a centre for Islamic business.

Salaam Gateway (SalaamGateway.com) was developed by Dubai Islamic Economy Development Centre (DIEDC) and Thomson Reuters to facilitate the development of the Islamic economy by providing businesses and professionals with intelligence and data on the main sectors of the Islamic economy, including food, finance, tourism, pharmaceuticals, fashion, and digital media.

Muslim consumers spent around USD 1.8 trillion across Islamic economy sectors in 2014, according to Thomson Reuters ‘ latest State of the Global Islamic Economy Report.

“With a consumer base of predominantly young 1.7 billion Muslims around the world, growing at two times the rate of the global population, the Islamic economy is one of the fastest growing markets in the world,” the report said.