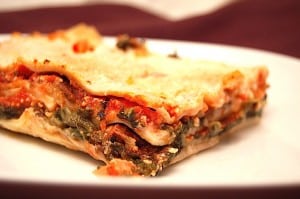 THE HAGUE: Two businessmen allegedly linked to the growing European horsemeat scandal have previously been convicted by a Dutch court for passing off horse as Islamic halal-slaughtered beef, Dutch media reported Wednesday.

National public broadcaster NOS said one of the men, identified only as “Jan F.”, received a one-year sentence with three months suspended in January 2012, after he sold horse flesh imported from South America as halal-slaughtered Dutch beef.

Jan F. is the director of a Cyprus-based meat trading company called Draap Trading, which various British and Dutch news reports on Wednesday fingered as a suspected link between Romanian abattoirs and a French supplier.

“Draap” is the Dutch word for “horse” (paard) spelt backwards.

“Jan F. was the chief suspect in a meat fraud case,” the NOS said.

“He falsified documents to mislead clients,” it added.

“A second meat trader from Oosterhout (in southwest Netherlands) was given community service for his role as an accomplice,” the NOS report added.

Dutch food and consumer watchdog officials visited a meat cold-storage facility near the southwestern city of Breda on Wednesday where they took samples of meat for testing, Dutch media reported, saying it was used as storage by Draap Trading.

When contacted, a Dutch Food and Goods Authority (NVWA) official confirmed it was investigating for traces of horsemeat, but would not confirm the names of any specific businesses.

The storage company Nemijtek’s director Jeffrey Grootenboer told AFP late Wednesday he requested the NVWA to probe his business after being contacted by journalists about the case.

“We know nothing about it. We just store the meat here, that’s all we do,” he said, but confirmed that Draap was one of his customers.

He said he had some 150 tonnes of horsemeat in storage “all labelled as horse,” which was restocked about four times a year.

Supermarket chains in Britain, France and Sweden, and now also Norway, have pulled millions of ready-made meals from store shelves after it emerged that frozen food companies had used horsemeat instead of beef.

Horsemeat is readily available on Dutch shelves and the country produced about 1,000 tonnes of equine flesh in 2011, according to the Dutch central statistics office.