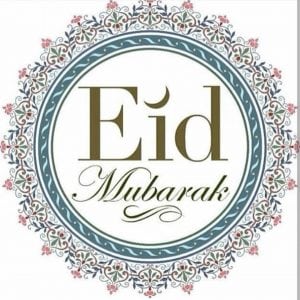 The Quran commemorates in an honourable mention, the great sacrifice of Abrahim (Ibrahim), blessings be upon him, for which there exists no parallel in history. It is commemorated by the sacrifice made during the annual Hajj by the pilgrims as part of their Hajj in Makkah, and Muslims worldwide who can also perform the ritual during the 3 day celebration of the Eid al-Adha. The sacrifice is called ‘Qurbani’.

There is also the Station of Abrahim next to the Kaaba in Makkah where Abraham is said to have stood on the stone contained in it during the construction of the upper parts of the Kaaba, raising Ismail on his shoulders for the uppermost parts.

We are all familiar with the story from Tanakh, Old Testament and Quran, but what strikes us is both Ibrahim’s unquestioning, unhesitating and unwavering readiness to fulfill the Divine command as well as his son Ismail’s, blessings be upon him, admirable conviction, patience, strength and absolute self-surrender to God when he asked his father to do as Allah had ordered. It defies all logic, and can only be explained in terms of inexorable faith that both the Prophet Abraham and his son had in their hearts.

Indeed it was an immense trial, the magnitude of which dizzies the mind. Ibrahim was asked to give in Allah’s Way his firstborn, his only son (then), his dearly beloved inheritor, the hope of his aging life, the recipient of his legacy and the support of his old age. Yet Ibrahim as well as his equally noble and faithful child fulfilled this.

The more Allah tests, the more He blesses and rewards. The Fountain of Allah’s Intense Mercy broke loose after the two fulfilled the great, great trial. Not only did Allah remove the trial, he gave the tidings of an infinite reward. He made the mention of Ibrahim hallowed, sacred and blessed. He immortalized his legacy for all generations. The Quran extols his honour with the highest praise. He was made the progenitor of a line of prophets and guides, including the last prophet Muhammad (peace and blessings be upon him) who reinstated Abrahamic Monotheism and established it through the religion of Islam (Complete Self-Surrender to attain Peace).