Riyadh, May 25th– Tourism’s contribution to Saudi Arabia’s GDP in 2011 was over 7.2 percent, and the sector employed 670,000 staff – with 26 per cent Saudisation.[1] As per the latest report by Saudi Commission for Tourism and Antiquities (SCTA), Saudi Arabia is expected to receive 88 million visitors by 2020 with religious tourism alone accounting for around 16 million travellers by 2014.

These predictions have led to a growth in the number of hotel rooms to be built in the Makkah region. Many hotel development companies are announcing their projects – including Abdul Latif Jameel Real Estate Investment Company – which is investing US$ 3.2 billion, making it a major hospitality development project in Makkah expected to provide 8,500 rooms.[2] 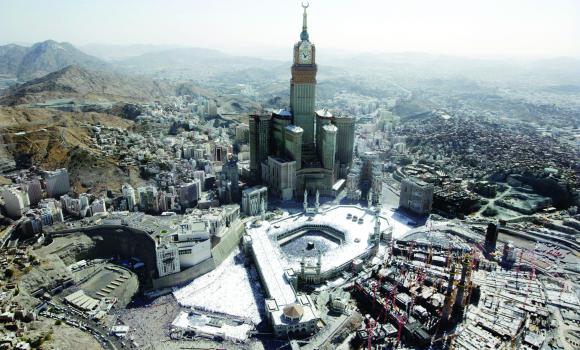 The summit discusses the role of Saudi Arabia as an important regional hub for hospitality development and hosts international experts and speakers from the sector. It addresses issues including hospitality as a foundation for economic growth, energy management, and food and beverage trends. Its timeliness was confirmed by Christophe Landais, Managing Director at Accor Middle East, who noted his pleasure at attending the event for the second year running, highlighting that it is “the perfect platform to showcase Accor Middle East’s growing hotel portfolio in the Kingdom.”

Several hospitality solution providers including IDIS, Schneider Electric and Philips are delivering keynote presentations on innovative and upcoming products. Tomorrow’s first session discusses the hospitality industry outlook with an opening panel discussion on how hospitality can act as a foundation for economic growth and how businesses are embracing this change. The discussion involves detailed viewpoints from the perspectives of government, owner and operator.

Many hoteliers, including Hilton and Nobu hospitality, are expected to announce the details of their upcoming projects in several press conferences being organised in conjunction with this initiative. Christophe Landais added “we have five committed properties in the pipeline: ibis Riyadh Olaya Street (2012), ibis Yanbu (2013), ibis Jeddah Malik Road (2014), Adagio Jeddah Malik Road (2014) and Novotel Jizan (2015). The Saudi market continues to be an important market … and we are fully supportive of Saudi Arabia’s travel, tourism and hospitality industry”.

Fabien Faure, naseba’s Managing Director, added “our hospitality summits are increasingly becoming the preferred platform among major hoteliers to announce upcoming projects as well as source global suppliers. We are looking at over 300 hoteliers, developers and executive chefs attending the summit making it one of the most popular gatherings for decision makers in the Middle East.”

The two-day summit will take place on May 26thand 27that the InterContinental Hotel in Riyadh, Saudi Arabia.