By Lucy Barnard – The National

Cafes and restaurants in Asian cities including Abu Dhabi and Dubai could make up about 30 per cent of shopping space by 2025, topping the global average, as millennial shoppers prioritise eating out over buying new trainers, a new report has found. 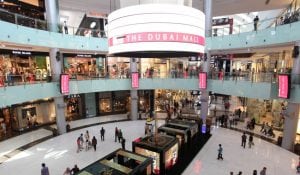 According to a report by property consultant JLL and the International Council of Shopping Centres (ICSC), the amount of space taken up globally by food and drink retailers is set to increase to 20 per cent over the next eight years, up from 15 per cent of all shopping space today.

Researchers say that that figure has increased dramatically from a decade ago, when food and beverage retailers accounted for around 5 per cent of all shopping space back in 2007.

“The increasing popularity of dining out is revitalising retail real estate around the globe by creating a true sense of community where people can go out to dinner, take in a movie and shop, all in one place,” said Tom McGee, president and chief executive of ICSC.

The study says that the two biggest drivers of the recent trend have been a tendency from young consumers to prioritise new experiences above a search for the latest product coupled with the growing popularity of online retailing, which is reducing the amount of space held by many traditional retailers.

Analysts say that the trend has emerged most strongly in Asian cities but has been also been taking place in the US and Eur­ope. It reports that for the first time ever in 2016, US restaurant sales eclipsed grocery store sales.

Last month broker CBRE reported that 25 per cent of new store openings in the UAE’s retail space last year comprised food and beverage operators – something the property consultant predicted could increase to nearly 30 per cent this year.

However, it warned that the influx of new cafes and restaurants could be unsustainable in the UAE’s current economic climate.

“One of the drivers of the amount of F&B openings is the timeline for opening,” said Nick Maclean, CBRE managing director for the Middle East. “Many of these outlets will have been planned two-and-a-half years ago when the oil price was high and the economic climate was totally different to today.”