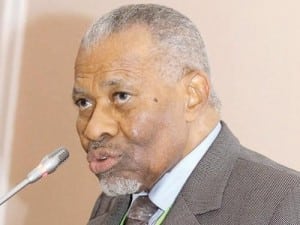 “The world certainly cannot be at peace with itself when about one-third of us are poor,” the IDB president said.

The President, Islamic Development Bank, IDB, Ahmad Ali, said on Wednesday that the world can ill-afford peace in the face of grinding poverty for a third of the world’s population.

Mr. Ali, who was speaking in London at the World Islamic Economic Forum, WEF, called for the reform of the global economy in order to rescue the world from the current and future economic turmoil, particular its negative impact on developing countries.

“The world certainly cannot be at peace with itself when about one-third of us are poor, without proper food and shelter, with high unemployment, particularly among youth and women, or at war,” the IDB President told delegates at the conference, including Kings, Heads of States and Prime Ministers.

For the world to make progress economically, Mr. Ali listed three key factors that must be considered, namely, closing the widening economic gap; building trust, and promoting the role of the private sector for development.

He called for a framework for reforming the global financial system to ensure stability, pointing out that the Islamic finance model could be adopted as an alternative.

“There is still more room for improvement in the model,” the IDB Group Chairman said, adding that under the principles of Islamic finance, the real-economy must not be delinked from the financial economy.”

“We need to systematically introduce socially responsible financing and investment packages. In our view, it is not about financial economy, but human economy that matters, in the long run,” he noted.

The IDB, he stated, was ready to offer its services for the development of the Islamic financial industry, expressing gratitude to the British Prime Minister, David Cameron, for the effort to host the conference in London, one of the leading commercial centres in the world.

Present at the opening ceremony were the Prime Ministers of Malaysia, Pakistan and Morocco as well as the Sultan of Brunei, the King of Jordan, the President of Bangladesh, Kosovo and Afghanistan, and other key representatives from IDB member countries.