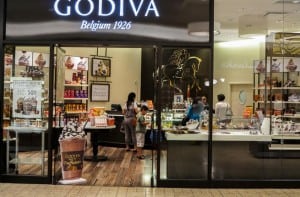 Godiva Chocolatier, the Belgian chocolate producer, plans to double its locations in the UAE and Saudi Arabia in the next six to 12 months as part of a global expansion plan, according to Mohamed Elsarky, the company’s chief executive officer.

“We expect by the end of this year to have close to 30 [locations in the UAE and Saudi], so we’re opening another store in Abu Dhabi before the end of the year, and one in Dubai. There will be probably five or so opening in Saudi Arabia,” he said.

Godiva currently has 17 outlets in the UAE and Saudi Arabia that include stores and cafés. In the Middle East, the company is also present in Kuwait, Bahrain, and Qatar, and is considering tapping into the North African market in the next few years.

Across the region’s borders, Godiva is also setting its sights on new markets such as India, Russia, and Latin America, the CEO said in an interview with Gulf News.

“I think the next 12 months to two years will be a formative time for us to complete our assessment and make plans to enter [India],” he said.

In total, Godiva has 650 outlets across the world.

“We are seeing growth potential in China where we are planning to increase our number of stores significantly from what is today 50 stores across 14 cities, and we see that growing across a number of cities and locations in China.

We see growth in the Middle East to be our highest priority, and we continue to grow in Korea and in Japan,” Elsarky said.

The CEO also discussed expansion plans in the US where the company already has over 200 locations, saying there are plans to open up in key cities in the North American country.

In Europe, Godiva is present in Belgium, France, the UK, and Spain, with plans to grow across continental Europe.

Elsarky was speaking on Wednesday at an event in Abu Dhabi to mark the launch of Godiva’s latest store in Souq Qaryat Al Beri.

Asked about pricing, he said the company has no plans to cut down prices on the back of a weaker euro.

“We look at our presence and our business as a long-term investment, and as a result, we don’t adjust prices when a currency changes because if we do that, we’ll be adjusting prices very frequently,” Elsarky said.

He added that he was expecting demand to continue increasing in the UAE despite the expected drop in consumer spending due on lower oil prices, saying that sectors like food, and leisure often do not suffer as much as others.

In early 2008, Godiva was acquired by Ulker, the Turkish food manufacturer, and Elsarky said the acquisition has helped Godiva grow and enter new markets around the world to become a leading player in the premium chocolate segment.

“We see a very optimistic future for us. We don’t think of our business as a short-term that react to short-term economic factors,” he said.