JAKARTA (Reuters) – Arie Untung, a former video jockey for the Indonesian offshoot of MTV, says he used to drink alcohol regularly and – back then – was a jeans-clad, spiky-haired rocker who was only a nominal Muslim. 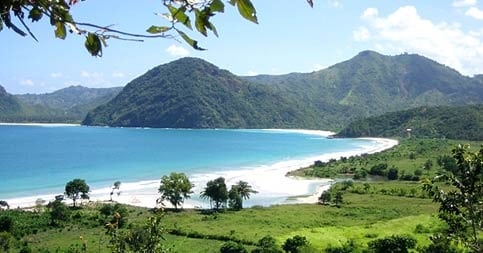 But he says his religious fervor was rekindled by online preachers promoting more conservative interpretations of Islam, which are gaining ground in the world’s most populous Muslim-majority country and bringing profound changes in its economy.

Untung has now reinvented his career by linking up with other celebrities to run a sharia (Islamic law)-friendly entertainment business in Southeast Asia’s biggest economy, including hosting popular Muslim prayer festivals.They are part of a growing body of “born-again” Muslims driving social changes that are also having an economic impact, encouraging everything from Muslim-targeted housing to sharia banking.

“We have become some sort of like endorsers, the endorsers of Allah,” said Untung, who now sports a beard and a more restrained hair style, referring to his celebrity colleagues.

The celebrities, who jointly have over 20 million followers on Instagram and Twitter, are part of what has become known as the “hijrah” movement in Indonesia and, according to Untung, aim to make an Islamic economy more mainstream.

Hijrah, Arabic for migration, is used to refer to Prophet Mohammad’s journey from Mecca to Medina to escape persecution, and represents the beginning of the Muslim era.

Indonesia’s 215 million Muslims have traditionally been moderate and their beliefs often included elements of mysticism and local customs.

Restaurants have raced to secure halal certification, which means they comply with Islamic law. There are now hospitals where drugs are halal compliant and shampoos claiming to be suitable for headscarf wearers. Japan’s Sharp sells refrigerators labeled halal.

Many born-again Muslims are young, earn regular salaries and prepared to go the extra mile to feel they are living an Islamic lifestyle, said Setiadi.

“They don’t think about how much they spend, they just want peace of mind,” he said in an interview at his office in Jakarta.

Conservative Islamic groups were largely repressed during the 32-year rule of strongman Suharto, but since his downfall in 1998, they have emerged as a growing force, although officially, Indonesia remains secular.

During April elections, President Joko Widodo, a moderate Muslim, picked elderly conservative cleric Ma’ruf Amin as his running mate, a move seen as helping him secure more Muslim votes for his re-election.Amin, chairman of the Ulema Council of Indonesia, a group of clerics, has promoted laws for Islamic banking and mandatory halal certification and his vice presidency may usher in more incentives for the Islamic economy, analysts say.

A report by Thomson Reuters, the parent of Reuters News, estimated Indonesians spent more than $219 billion on halal food, tourism, fashion and cosmetics in 2017, compared to $193 billion in 2014.

Islamic banking assets were 486.9 trillion rupiah ($34.26 billion) by June 2019, representing more than 300% growth in the last nine years, even though they remain less than 6 percent of total banking assets at around $580 billion.

“BI sees a potential growth in the sharia economy amid demand for products certified halal and a halal lifestyle,” said Waluyo. He said the central bank and the government were trying to pin down the sharia economy’s share of GDP, and could not vouch for the accuracy of some estimates of the sector accounting for 40%.

Some housing developments now target Muslims, like the Az Zikra gated community near Jakarta, which offers 400 households “the chance to follow in the footsteps of Prophet Muhammad.”

At its center is a mosque, built using a grant from late Libyan dictator Muammar Gaddafi, and it hosts an archery range and horse riding, both pastimes regarded as favored in Islam.

In 2014, Indonesia adopted measures to make companies label whether products are halal, although the deadline was pushed from last year by as much as 7 years amid concerns from industry that the move could cause chaos and threaten supplies.

At a halal exhibition held in Jakarta last month, a foundation cream from Korean cosmetics line SOS Beauty was being offered to women in colorful headscarves.

“This doesn’t close your pores, so when you go to wudu, this will let the water come through,” said Lisa, a company representative, referring to the Islamic ritual washing of parts of the body, including the face, before prayers.

At Thamrin City, a popular 10-storey mall in central Jakarta, Muslim fashion stalls have taken over space in areas once occupied by sellers of traditional Indonesian batik.

Media Kernels Indonesia, a data consultancy, said its research showed words like “hijrah” and “halal” were mentioned on social media over 5,000 times in the past 30 days indicating Islamic phrases were being used more in product marketing.

“This wouldn’t happen without the demand or trend in society,” said company founder Ismail Fahmi.