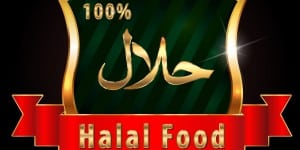 More than a quarter of the world population is Muslim. Therefore, producers, including bakers and confectioners, should take halal into consideration.

Over the past decade, the number of people across Europe who identify themselves as Muslims has grown significantly. Between 2004 and 2014, the Muslim population in several major European countries experienced a double-digit growth, according to the Euromonitor’s report, “Doing Business in the Halal Market: Products, Trends and Growth Opportunities”.

According to Islamic law, Halal is an Arabic word that is defined as permissible. It is required in the consumption of goods and services for Muslims. Whilst most products, such as food, beverages, beauty and personal care, can sport a halal label, apparel and footwear are exceptions. Furthermore, foodservice is the only service that can acquire a physical halal certification.

The UK has experienced a population growth and, with Muslims making up such an important minority (approximately 5 per cent of the total UK population), the UK halal market is proving to be a key growth area in packaged foods.

Tesco, Sainsbury’s, Marks & Spencer, Waitrose, Morrisons and Subway are a few of the UK companies that are oriented to halal food. These companies sell halal meat, as well as halal confectionery, breads, cereals and snacks.

Subway is the second ranked fast food company for bakery products in the UK. In 2014, it had sales of GBP488 million (EUR605 million). Since 2007, selected outlets of Subway have used halal meat in their sandwiches. Furthermore, all of the chicken that is served at Pizza Express, the leading chain of pizza restaurants, is halal.

UK supermarkets already offer a comprehensive range of kosher, gluten-free and organic foods. These are proving to be popular with specific UK consumer groups. Currently, Halal selections in UK supermarkets are not as extensive as some of these niche areas. However, Kellogg’s cereals, McCain Lightly Spiced Wedges and many other leading brands have started to transform their businesses to accommodate the increased demand for halal. Such brands now offer halal-certified products across UK retailers, Alan Rownan, Research Analyst – Ethical Labels Euromonitor International, London, explains.

Kingsmill bread (Associated British Foods Plc) is a prime example of how a willingness to adapt to the demand for halal increases growth. After seeking accreditation by the Halal Food Authority (HFA), Kingsmill went against the grain and has continued to be a dominant force, with an RSP share of 15.9 per cent in 2014.

Kingsmill’s search for HFA accreditation coincided with its packaging relaunch, which was announced in December 2011. Its closest competitor, Hovis, continues to see a significant decline in UK packaged bread. From 2012 to 2014, Hovis experienced a drop in sales of USD112.1 million.

Kingsmill recognized that, despite operating in a difficult market, there are untapped areas that are conducive to growth. One of these areas is the opportunity to draw in a wider range of consumers by appealing to British Muslims. Kingsmill’s adaptability and willingness to seek a halal label, whilst maintaining its traditional British identity, has helped to stabilize its position within UK packaged bread. Meanwhile, its competitors have struggled.

There are various challenges surrounding halal labeling. In the UK, there are a number of halal food accreditation bodies, including the Halal Food Authority (HFA), Halal Monitoring Committee (HMC), Halal Authority Board and The Muslim Food Board. Each of these bodies offers different definitions of what constitutes halal and what is haram (forbidden by Islamic law). This lack of unity in halal accreditation has become a contentious issue for UK consumers. This is because it largely relates to animal welfare arguments in halal meat production.

Halal certification issues are largely focused on meat production. However, it is worth noting that ongoing debates remain a challenge to halal in the UK. Brands like Kellogg’s and McCain have overcome these issues by opting for Halal Food Authority (HFA) accreditation, which avoids much of the controversy that UK halal has previously experienced.