Halal Meat Production and Market Opportunities – New book published by Context explains the growing significance of the Halal market and provides an introduction to the different slaughter methods. 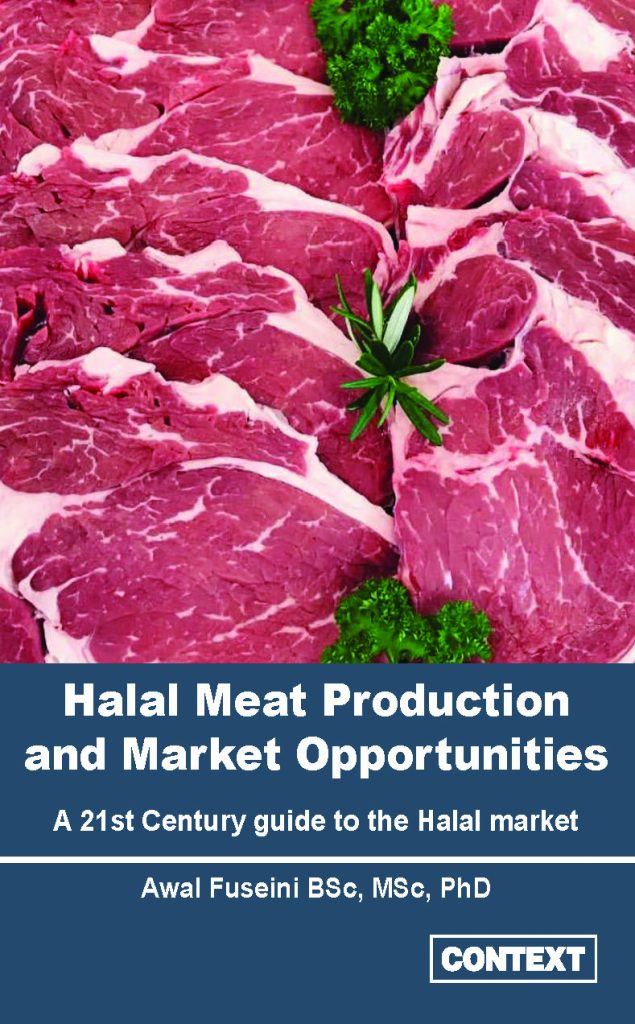 Halal Meat Production and Market Opportunities by Context Publications details the economic significance of the Halal market, explains the different Halal slaughter methods, touch on the significance of animal welfare in Islam, the benefits of Halal certification to food businesses and give suggestions on how the welfare of animals can be improved during Halal slaughter.

This new book has been written by Dr. Awal Fuseini, Halal Sector Manager of the UK’s Agriculture and Horticulture Development Board. Experts from different fields have also contributed their expertise by providing technical commentary on key issues.

The Halal sector is one of the fastest growing segments of the meat industry due to rapid expansion in Muslim population across Europe, and the fact that Muslims over-index in the consumption of meat. This has resulted in a scramble for a share of the Halal market by the mainstream retail multiples and some independent butchers.

Despite the economic significance of this market, there are welfare concerns regarding traditional Halal methods of slaughter. Additionally, the rules of Halal meat production are not well understood by industry due to differences in the interpretation of the dietary laws within the Muslim community.

Further, the acceptability of modern slaughter technologies (e.g. pre-slaughter stunning) based on different markets is highlighted to enable food business operators to understand the market dynamics.

Dr Fuseini has published widely on Halal slaughter, certification and animal welfare in the key journals, including Meat Science, Animal Welfare and CAB Reviews. His research interests include animal welfare during slaughter, Halal consumer behaviour and the market forces influencing the growth of the Halal market.

This 21st century guide to the Halal market is published by Context Publications and can be purchased online from: www.contextbookshop.com