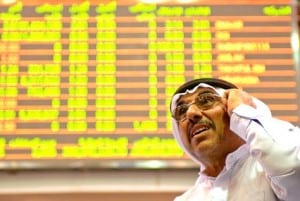 The cornerstone of the Islamic economy is in determining that products that are part of it are halal or sharia-compliant. Because financial institutions already have a hierarchy of regulators and central bankers that other sectors of the Islamic economy do not have, it is generally assumed that the financial industry has a lead on developing institutional structures to ensure sharia compliance.

However, Kuwait’s central bank governor, Mohammad al-Hashel, said that this institutional structure is lacking in a speech last week where he singled out the existing governance structure for sharia scholars where institutions appoint their own sharia supervisory board as being problematic. “This practice is by no means in line with the sharia supervision governance fundamentals,” he said.

This is not a novel criticism; concerns about financial institutions’ sharia compliance being determined and audited by scholars that they choose have been voiced for years. However, it has not generally received quite this level of direct attention.

Hashel’s suggestion is to “consider the idea of establishing an independent legal entity that will take the responsibility for the regulation and development of the work of sharia audit and supervision”, which is a difficult change to make for an industry that has for many years relied on a relatively hands-off approach to regulating sharia governance, at least outside of Malaysia where things are more centralized with sharia advisory councils at both the central bank, BNM, and the Securities Commission setting guidelines for the country’s Islamic finance industry as a whole.

At the Global Islamic Economy Summit in Dubai in November 2013, there were several panels where halal sector experts suggested that the Islamic finance industry had a head start on the rest of the Islamic economy because it already had a relatively centralized institutional framework for developing standards on what is and is not sharia-compliant.

However, as more attention is focused on the sharia oversight procedures in countries lacking a top-down sharia oversight framework, this institutional development could be seen as a headwind for improving the quality of sharia governance.

On the surface, the problem for Islamic finance today is largely a perception problem, not a crisis where the integrity of the sharia compliance of one or many institutions are at risk and reputational risk for the industry as a whole becomes an issue. However, the airing of this type of concern by someone in so prominent a position is an indication that this crisis risk exists.

A similar admission that this risk is real was the formation of a self-regulatory professional organization of sharia scholars announced at the World Islamic Economic Forum in London in 2013. For as long as this issue has remained a point of debate, it is important that this not be a week- or month-long discussion, but should provide the basis for concrete changes. The other sectors of the Islamic economy should watch and factor this into the decision about whether to model their institutions on the Islamic finance industry as it exists today or find an alternative to the laissez faire approach to sharia supervision.