The founder of a brand of body products, perfumes and candles has denied his new store in Makkah will be a “halal sex shop”. 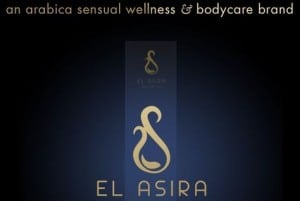 Abdelaziz Aouragh, a Dutch-Moroccan who describes himself as an Islamic branding expert, said the store that would sell his El Asira product range in Islam’s holiest city was “not a sexshop [sic] in anyway let alone a halal sexshop”.

“We have the ambition to open a concept store. That’s something totally different,” he posted on the El Asira Facebook page after international media reported about the unusually risqué nature of a store in Makkah.

On its website, El Asira is described as “an arabica sensual wellness and bodycare brand” and ads feature lingerie, a floating feather and a pair of red high heels.

It is “not only a luxury brand, but also a unique experience. We don’t sell products that simply enhance the life of woman; all of our products provide a deeper meaning to wellness, beauty and bodycare. We strive to offer a product range which will eventually lead to more admiration and love for women,” it added.

The approval of such a brand in one of the most conservative countries in the world led to media coverage across Europe and the Middle East, including by Arabian Business. But Aouragh has described it as “unfortunate”, “incorrect” and “unethical”.

Halal is a lifestyle for many adherents of Islam, and the topic of sexuality is mostly taboo among Muslims. When combining the two, the end result could be quite a toxic mix. But the reported expansion of a brand of sex shops catering to Muslims — even in Mecca, Saudi Arabia, the center of the Islamic faith — is proving there is a market for certain kinds of adult-related products. A store called Halal Sex Shop is expected to open soon in Mecca, according to a report on Alyaoum24, an Arabic news portal, which did not specify an opening date.

Abdelaziz Aouragh, the founder of the Mecca shop, said the products sold at his store, while remaining halal-observant, target married couples trying to enhance their sex lives. “Our products [do] not include inflatable dolls, but products that increase feelings of sensuality and improve the atmosphere between the couple in [their] sexual relationship,” Aouragh told Alyaoum24. While halal typically refers to food and beverages that are permissible for consumption by Muslims, it also guides the use of objects under Islamic law.

With the help of German company Beate Uhse, one of the largest sex product vendors in Europe, Aouragh is reportedly selling 18 Islam-appropriate sex toys in his Mecca store.

Muslims are typically viewed as not very sexually active, and many people think Muslim women are repressed sexually within their marriages, but Aouragh said he wishes to change the negative stereotypes. “The image of women in the kitchen with burqa is not a true picture,” he said. “There is a lot of love and respect Islam has for adult women. Our store puts women at the center, offers information, and provides answers to frequently asked questions on sex.”

Aouragh, a Moroccan Muslim, consulted with an Islamic cleric in Saudi Arabia before receiving permission to sell the halal sex products that would lead to “the improvement of the sexual relationship between husband and wife,” he said in an interview with Agence France-Presse last year. Aouragh he also founded the Amsterdam-based sex product vendor El Asira several years back, which now has a successful online division, according to reports.

The first Halal Sex Shop opened in Turkey in 2013, Alyaoum24 reported. But previous reports of halal sex shops in various European cities with large Muslim populations have been discredited.