When you pick up a bottle of extra virgin olive oil from the supermarket shelf, how confident are you that it’s all that it seems? 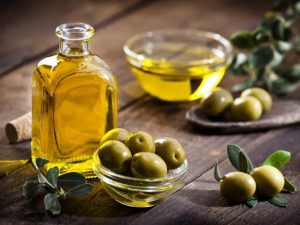 The olives have had a long journey: from the tree to the mill, where the oil is extracted, which then goes on to the bottling plant before distribution over land and sea to reach the store.

Unfortunately, at any of these stages, it’s possible for fakery to creep in.

“Seed oil is added maybe; or it may contain only a small percentage of Italian oil and have oil from other countries added, while it just says Italian oil on the label.”

In February the Canadian Food Inspection Agency (CFIA) warned that poor olive harvests are likely to lead to a big increase in such adulterated oil this year.

And it’s far from the only product affected, with the European Union’s Knowledge Centre for Food Fraud and Quality recently highlighting wine, honey, fish, dairy products, meat and poultry as being frequently faked.

Moreover, 40% of food companies believe traditional methods of countering food fraud aren’t working any more, according to research from PwC.

Food suppliers, like Bellucci are making efforts to guarantee the provenance of their food themselves, using new tools such as blockchain technology.

Best-known for its role in crypto-currencies like Bitcoin, blockchain is a way of keeping records in which each block of data is time-stamped and linked irreversibly to the last, in a way that can’t be subsequently altered.

That makes it possible to keep a secure record of the product’s journey to the supermarket shelf.

Since the company was founded in 2013, Bellucci has aimed to build a reputation around the traceability of its oil. Customers can enter the lot number of a particular bottle into an app to see its precise provenance, right back to the groves where the olives were harvested.

And over the last year, Bellucci has introduced a blockchain-based system, created by Oracle, to underpin this traceability which it says will make the process more efficient.

“We expect an improvement in the exchange of information throughout the supply chain,” says Andrea Biagianti, chief information officer for Certified Origins, Bellucci’s parent company.

“We would also like the ability [to have] more transparency in the supply chain and the genuine trust of consumers.”

“In the registration phase, you define the product and its properties – for example, the optical spectrum you see when you look at a bottle of whisky,” explains Andreas Kind, head of blockchain at IBM Research.

The appearance of the whisky is precisely recorded within the blockchain, meaning that the description can’t later be altered. Then transport companies, border control, storage providers or retailers, can see if the look of the liquid no longer matches the description or “optical signature”.

Meanwhile, labels holding tamper-proof “cryptoanchors” are fixed to the bottles. These contain tiny computers holding the product data – encrypted, or encoded, so it can’t be tampered with. The labels break when the bottle is opened.

Linking the packaging and the product in this way offers a kind of proof says Mr Kind, “a bit like when

you buy a diamond and get a certificate.”

IBM is also working with US supermarket chain Walmart, which is rolling out a blockchain-based system that will require all its leafy greens suppliers, along with packing companies and transport operators, to take part.

One product Fonterra provides detailed information for is its Anmum infant nutrition range, including the results of factory inspections and product quality sampling tests.

But it’s not only in the area of tracking supply chains that technology is providing new avenues to approach food fraud.

In recent years, there has been progress in identifying food fraud through closer examination of the product itself using DNA analysis.

Now, though, the Food Safety Authority of Ireland (FSAI) has developed a new scanning tool that can identify all the ingredients in a product, along with their biological sources. It uses Next Generation Sequencing (NGS) – a large-scale testing method that allows whole genomes to be sequenced rapidly.

The FSAI has tested the scanner on 45 random samples and found that four contained plant species that weren’t listed on the label.

One of them was mustard – a known allergen that should always be declared.

“We don’t have to wait for tip-offs any more,” says Dr Patrick O’Mahoney, chief specialist, food science and technology at the FSIA. Nevertheless he cautions against interpreting the results too literally.

“As regulators, we have to be pragmatic about what could be a labelling error rather than food fraud,” he says. “We go for the ones where there’s an obvious financial benefit for somebody.”