Hungary is seeking to set up halal slaughterhouses so that it can sell livestock in the Saudi market. 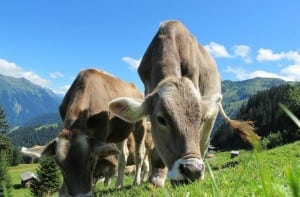 Saudi businesspeople should invest in and oversee these facilities, said Levente Magyar, minister of state for economic diplomacy at the Ministry of Foreign Affairs and Trade. He said Hungary has a $130 billion food products market.

“We would like to see Saudi-financed slaughterhouses in Hungary for lamb and other animals that can be sold on Saudi markets. They will oversee operations to guarantee impeccable, quality halal procedures,” Magyar told Arab News during a recent visit.

He said the Hungarian agricultural and food sectors are lucrative because they cover 70 percent of the country’s area. This includes animal husbandry and growing vegetables, fruit and grains.

He said Hungary wants to be part of the growth underway in the Kingdom. “We will not miss the opportunity to develop close cooperation. The political foundation has been laid and now is the time for businesses to deliver and capitalize on these assets.”

Magyar underlined Hungary’s commitment to engage with the Arab world and the Gulf region, to identify mutually beneficial economic partnerships. He said the Hungarian government has identified about 12 areas where it can contribute exclusively.

“So the reason I came this time is to follow up on the extremely constructive, deep rooted and excellent political relationship within the framework of cooperation,” he said. “I want the Saudi business community to understand that we are at their service and can present them with specific offers.”

Referring to his meeting with Prince Alwaleed bin Talal during his visit, he said: “He knows how much a cup of coffee costs downtown.

He works in the world with an open eye and always looks at the bills when he is in a restaurant. Obviously he is interested from the financial point of view and found out that Hungary has very competitive pricing compared to other European countries.”

He said Prince Alwaleed has a deep knowledge of Hungary and strong personal relations with the Hungarian prime minister. “The important message he shared is about a great gap in our marketing activities here in Saudi Arabia. Although Saudis have a positive attitude toward Hungary, they don’t know much about it,” he said.

He said both sides agreed that “we should come up with a plan on how to better advertise Hungary to Saudi Arabia in various local media and on different platforms, so that Saudis become acquainted with our country.”

“From what I have seen today, Prince Alwaleed is very supportive of the Saudi-Hungarian relationship and wants to promote our image here. He even proposed that his own media empire participates in such a campaign.”

On the second Arab-Hungarian Business Forum meeting held in Riyadh last year, the minister said it was an initiative of the Hungarian government in the form of an open framework policy, which is based on the realization and conviction that the market here, including the Arab and Gulf markets, are undiscovered territory for Hungary.

He said that following the collapse of communism in Hungary, most of their attention was focused toward the West.

“We now have enough energy and capacity to concentrate on these emerging and extremely fast-developing markets.”

He said they have decided to tighten business-to-business and political links with the Arab world.

“The prime minister was here among world dignitaries to attend the funeral of the late king,” he said.