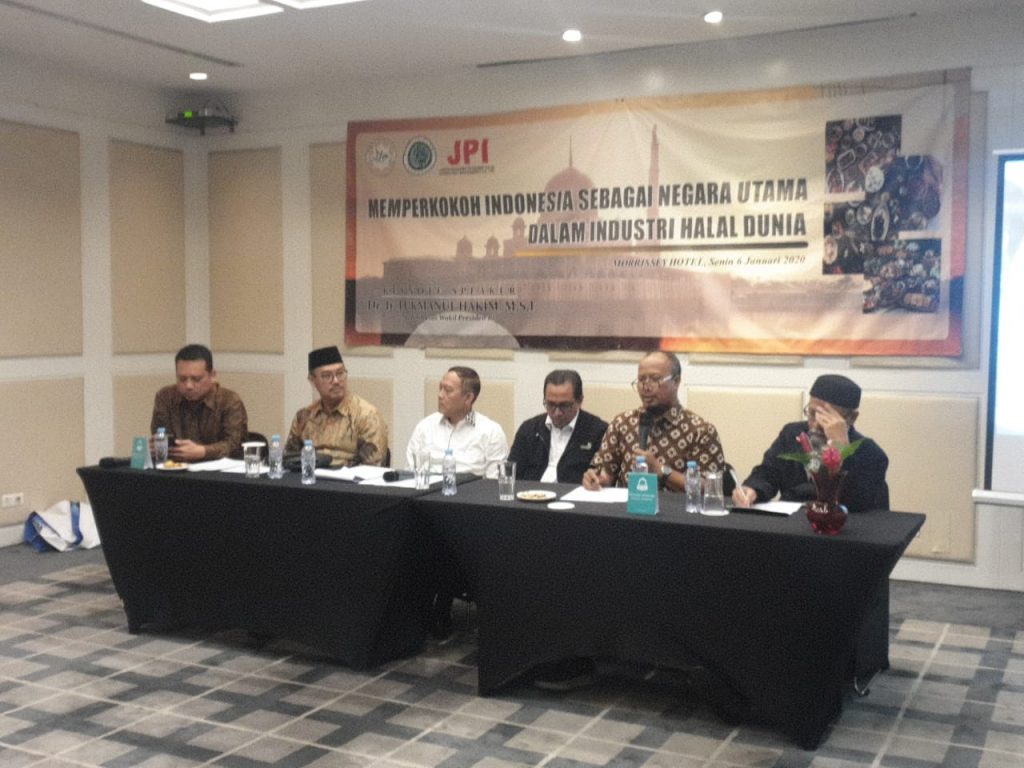 Industry players, especially food and beverage producers, are struggling to comply with the mandatory halal certification regulation, specifically when it comes to fulfilling requirements related to product reaudits for adding new ingredients, halal storage, distribution and means of transportation.

Enforced in October last year under the Halal Products Guarantee Law, the law mandated that all non-haram products and services must obtain halal certification.

The law also shifts the authority to handle the issuance of halal certification from the Indonesian Ulema Council Assessment Institute for Foods, Drugs and Cosmetics (LPPOM MUI) to the Halal Certification Agency (BPJPH) under the Religious Affairs Ministry, though the former is still assigned to evaluate, test and approve the products.

The Indonesian Food and Beverages Producers Association’s (GAPMMI) committee head for public policy and inter-institutional relations, Doni Wibisono, said it was difficult for food and beverage producers to meet the certification requirements as it required a reaudit every time new ingredients were added.

“Even if we change the flavor of one product, the product will have to be reaudited, whereas before, we just had to verify whether the new ingredients were safe,” Doni told reporters on Monday.

A representative from Taiwan Shih-Lin Street Snacks, Ian Saputra Widjaja, also said the product reaudits could be troublesome for food and beverage producers.

Dodi added that the halal certification requirements for goods transportation could also pose a problem as many transporters were still unaware that the vehicles that they used to transport retail goods, such as trucks, had to be halal certified as well.

He added that, based on his research, there were only three halal-certified warehouses in the country, one owned by a state-owned enterprise (SOE) and two owned by foreign companies from Singapore and Japan.

He suggested that the lagging availability of halal logistics infrastructure in the country might be caused by conventional logistics companies’ lack of awareness regarding the new requirement and unwillingness to comply with the regulation and pay the cost for the certification.

Additionally, the requirement for halal-certified goods to not be exposed to non-halal items also burdens vaccine manufacturer SOE Biofarma as some vaccines require non-halal materials.

“Even though the final product does not contain any non-halal ingredients, according to regulations, there should be no exposure to non-halal ingredients. If we change the [catalyst] material, the vaccine has to be retested,” said Biofarma corporate communications head Iwan Setiawan.

Dodi also said enforcement of the regulations was also still unclear, citing an example of a letter distributed to retailers in Central Sulawesi stating that all products sold in their stores must be halal certified, even though the deadline for food and beverage producers to certify their products had been set for 2024.

He added that retailers, such as convenience store groups Alfamart and Indomaret, had asked for clarification from the BPJPH regarding permission to display and sell products without a halal certificate but received no response.

He also said the government needed to streamline the online registration of products as producers now needed to register their product twice, with the BPJPH and the Indonesian Food and Drug Monitoring Agency (BPOM)

“The rules for halal certification are still cumbersome, and it’s hard for companies to achieve the certification, even though it is mandatory,” he said.

Vice president expert staff member Lukmanul Hakim assured that the government would include halal regulations in the omnibus law formulation and hoped that the Halal Products Guarantee Law’s enforcement could strengthen and empower the halal industry. (mfp)