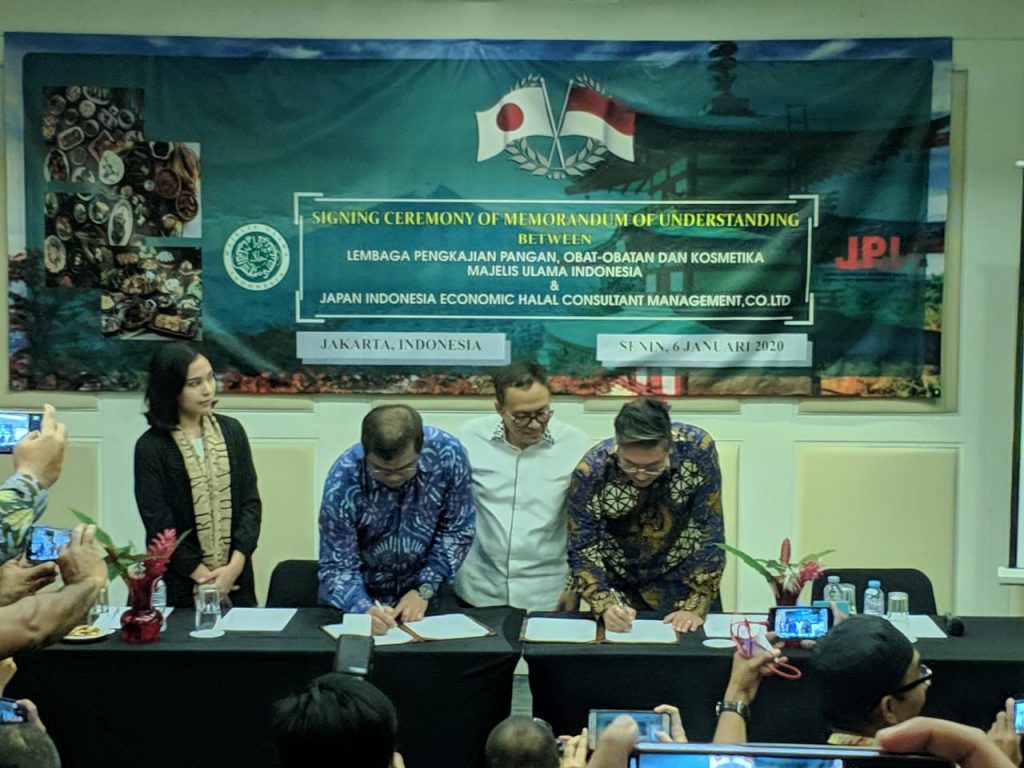 The Indonesian Ulema Council Food and Drug Analysis Agency (LPPOM MUI) has been assigned to handle halal certification in Japan to support the country’s campaign to attract Muslim tourists to the 2020 Summer Olympic Games in its capital city.

The assignment is stipulated under a memorandum of understanding (MoU) signed by the LPPOM MUI and Japan-Indonesia Economic Halal Consultant Management (JPI) in Jakarta on Monday.

Under the MoU, the LPPOM MUI also agrees to handle Japan’s halal certification promotion and consultation. Additionally, the agency will prepare laboratory facilities necessary for the certification testing and appoint a representative office in the country that will handle requests for halal certification.

“This year, there will be around 40 million tourists coming to Japan, and more than 1 million of them will come from Muslim countries, and we expect them to increase every year,” JPI vice president Eric Liu told reporters during the signing ceremony for the agreement in Jakarta on Monday.

LPPOM MUI deputy director Sumunar Jati said that, as the host of the 2020 Summer Olympic Games, Japan would serve many Muslims coming to the country, so it needed to be able to provide halal services for them.

Indonesia Halal Watch executive director Ikhsan Abdullah added that the agreement was also a part of Tokyo Governor Yuriko Koike’s commitment to welcome Muslim tourists to the Japanese city and provide halal certification for companies in the capital.

Sumunar said following the signing of the agreement, his side would educate Japanese companies on halal certification and how they could certify their products.

Eric said his company had closely followed the growth of the Islamic economy and halal industry that was expected to reach  US$3 trillion by 2023.

The halal industry is valued at around $2.1 trillion, with food and beverage leading Muslim spending by category at $1.3 trillion, followed by clothing at $270 billion, media and entertainment at $209 billion, travel at $177 billion, pharmaceuticals at $87 billion and cosmetics at $61 billion.

“People all around the world have now started to realize the benefits of consuming halal products beyond religious obedience, So we see a lot of potential in the industry,” he said.

Sumunar said that with the agreement, he hoped that Indonesia could further promote its halal industry and hopefully lead it, as other countries in Europe had started to tap into the industry and were aiming to become its hub.

“Indonesia is the world’s largest Muslim populated country, so we have to be the leader of the halal industry,” he said.

Previously, the JPI had signed an MoU with special chapters of the Nahdlatul Ulama (NU)  in Akihabara, Tokyo to provide MUI halal certification in the city. (mfp)