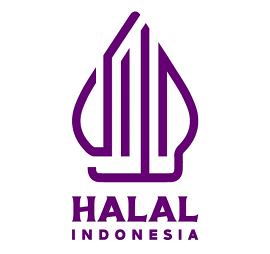 The Indonesian Ulema Council (“Majelis Ulama Indonesia” or MUI) and its local offices will not be the sole institution having authority to determine the process for the issuance of halal certification. A new institution called the Halal Products Certification Committee (“Komite Fatwa Produk Halal” or KFPH), which is aimed to be established within one year after the issuance of the Job Creation GRL will also have the same authority to determine the halal status of products, as an alternative to MUI.

KFPH specifically has the authority to determine (i) the halal status of products of micro and small businesses based on halal fatwa provisions; and (ii) the halal status of products of non-micro and small businesses based on halal fatwa provisions in the event that the MUI or regional MUIs do not determine the halal status of a product within the determined timeline (i.e., three working days after they receive the examination result from the Halal Examiner Body (“Lembaga Pemeriksa Halal” or LPH)). KFPH consists of ulema and academics and is directly responsible to the Ministry of Religious Affairs. This KFPH needs to be established at the latest one year after the enactment of this regulation. The government will carry out the duties of the committee until the KFPH is established.

Other provisions of the Job Creation GRL offer a more streamlined approach to make the process of obtaining halal certification more efficient, including:

The main substantive changes on employment brought in by the Job Creation GRL include the following matters:

Companies can outsource part of the implementation of work to another company by entering into a written outsourcing agreement (“perjanjian alih daya”). The government will determine parts of the implementation of work that can be outsourced to another company in a government regulation. Previously, the Job Creation Law did not provide any limitation on activities that can be outsourced. While Government Regulation No. 35 of 2021 on Definite Period Employment Agreements, Outsourcing, Working and Resting Hours and Termination of Employment (“Regulation 35“), which is the implementing government regulation of the Job Creation Law on employment matters, includes provisions relating to outsourcing, it did not specifically limit activities of a company that can be outsourced to another company. Consequently, it was possible to argue that all activities in a company could be outsourced as long as certain requirements were fulfilled (e.g., the service provider is a legal entity, the employment agreements of employees of the service provider were made in writing, and definite period employment agreements included certain provisions confirming the protection of the employee’s rights in the event of a change of service provider while the work continues).

The Job Creation GRL, on the other hand, appears to limit activities of a company that can be outsourced, as it refers to “part of the implementation of work”. However, activities that encompass “part of the implementation of work” in a company (or those that are not part of it) are still not clear, as the government will need to issue a government regulation on this.

Although the Job Creation GRL brought certain changes to various provisions on minimum wage, these changes should not have any significant impact on employers. Generally, the governor of each province is still required to determine the provincial minimum wage, and employers are required to comply with the minimum wage requirements.

To enable the construction of water reservoirs, dams and ponds, etc. by any interested party (including private companies), river diversion may be carried out with the government’s approval. Diverting a river without the proper approval will be a criminal offense punishable by up to three years of imprisonment and a fine up to IDR 5 billion if done intentionally or up to six years of imprisonment and a fine of up to IDR 1 billion if it is a result of negligence. The requirement to obtain approval for a river diversion is not entirely new, as this was previously regulated in regulations issued in 1991 and 2011. The Water Resources Law also imposes sanctions for failure to obtain approval, which are the same as those set out in the Job Creation GRL for criminal offenses in doing ‘construction in a water source’.

Content is provided for educational and informational purposes only and is not intended and should not be construed as legal advice. This may qualify as “Attorney Advertising” requiring notice in some jurisdictions. Prior results do not guarantee similar outcomes. For more information, please visit: www.bakermckenzie.com/en/client-resource-disclaimer.