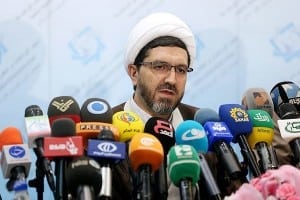 Hojjatoleslam Ali Karimian told a press conference of the Union on Sunday that the brand would be awarded to audiovisual products which are designated as ‘pure’ by Islamic standards of quality worldwide.

“We are now on the eve of the 8th general assembly of the Union, which has coincided with important events in the region; the first issue is Islamophobia, and distorting of the true image of Islam and desecrating the image of the Prophet during past year; all attempts have been waged to fashion a violent image of Islam to show that Islam is equal to violence and terrorism,” Karimian told the press conference.

“The media activists and outlets of the resistance front and all those who are believers to justice, freedom, and the purity of Islam come together here, with a general theme of the 8th assembly being ‘The Prophet of Blessing, the Resistance Media Mission,’ with the objective being to purge Islam of the distorted images and to provide a passionate face of the religion in the world media,” Karimian said.

“The General Assembly will meet for 3 days, August 15-18, with diverse programs, including the 6th Islamic Movies Market which is a center for displaying of pure products worldwide, and provides a platform for TV and cinema products to find ways to world markets, and where 90 producers will participate in this version of the event,” he told the press conference. “Also the 5th Media Technology Exhibition will display the latest technological and technical developments of the media; indigenization and making media facilities lighter and tactical are the important features of the event,” Karimian asserted.

The head of the Union also said that the ‘Halal Media’ brand would be awarded to products which promoted the themes of ‘pure production,’ ‘pure media,’ and ‘pure generation.’