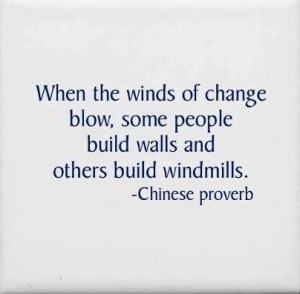 In between, there are semi-government religious bodies such as MUIS in Singapore and MUI in Indonesia, CICOT in Thailand. There are umbrella organisations for independent certifiers such as the World Halal Council and the World Halal Food Council, and some major exporting countries, such as Australia and New Zealand have government-run schemes in place that require all CB’s to conform to their guidelines.

Entities such as JAKIM and MUI also act as Accreditation bodies in that they recognise various independent CB’s around the world, and accept their Halal certificates for imported goods.

So, all in all, there is a full spectrum of options depending on the geography, culture and economy of the country concerned.

Recent initiatives under the umbrella of the OIC, led by their Standards and Metrology arm, SMIIC, may be the trigger that will initiate irreversible changes to the current status quo in the Halal certification world.

While the OIC does not have a particularly strong track record of implementing change, one gets the feeling that this time it may be different; something of a perfect storm, if you like.

Perhaps triggered by Sheikh Mohammed Al Maktoum’s statement last year that Dubai is to be the ‘centre of the Islamic economy’, the UAE is in the process of developing and implementing a multi-layered Halal integrity scheme for both domestic and overseas food producers. ESMA, the Emirates Standards and Metrology Authority is working with SMIIC to develop standards for not just food production, but for both certifying bodies and accreditation bodies. This heralds a new dawn.

I remember hearing the Head of Standards and Certifications from Cargill…it must be close to five years ago…saying that, speaking on behalf of Big Industry, he would like to see the following from the Halal Certification world:

For any CB that does not use a clear standard, carries out its own audit and then issues its own certificate, followed up by an invoice according to its particular business model, and without being answerable to any higher authority, these words must have sounded a bit radical.

The closest any country gets to this man’s vision – which incidentally mirrors the mainstream food industry norms – is probably Australia, where the government has recognised (a long time ago) the value of the Halal export market.

In a conversation with ESMA at the end of last year, I was assured that a scheme very close to this was being put into practice in Dubai, in conjunction with SMIIC, the OIC, and using ISO methodologies

A recent check on the UAE Ministry of Environment and Water website (http://bit.ly/1p1tzke) showed the details for the Accreditation of Halal food certification bodies supervising slaughter and food production. The following steps are outlines:

While the extent of the full implementation is still under discussion (https://halalfocus.net/uae-planning-national-halal-certification-scheme/) it seems clear that a significant change is coming that will change Halal certification ‘business as usual’. If this scheme controls the importation of foods into the UAE, and by extension into the GCC, it will genuinely disrupt the market, and may well see a shakedown in the number of CB’s in operation.

It also may open the doors for the multinational auditing corporations such as Intertek and SGS to get their foot firmly in the Halal market door. The fees and the accreditation requirements will certainly be much less challenging for them than for the independents.

And finally, it could put an end to the on-going double act of being both a certification and an accreditation body, as is effectively the case with the likes of JAKIM and MUI. It is likely that they will have to choose one hat or the other and work together with a new international organisation to ensure third party accreditation for Halal certifiers.

Things may never be the same again…