[THE INVESTOR] Korean cosmetics-makers searching for new growth overseas are turning their eyes to the Middle East, a region with a fast-growing cosmetics sector and untapped market potential. 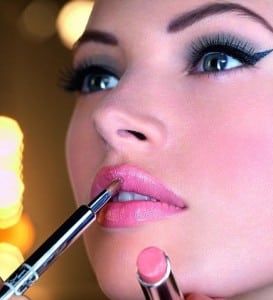 opportunities, according to industry analysts. Muslim spending on cosmetics is expected to grow from $46 billion in 2013 to $73 billion by 2019 to account for over 8.2 percent of global expenditure, according to “The State of the Global Islamic Economy 2015” report by Thomson Reuters.

Driving this growth are the young, social media-savvy population in the Middle East, who are becoming more aware of global brands than they have been in the past, says a April 2015 market research note by Euromonitor.

Beauty products sold in the region are becoming more segmented as well, led by growing demand for new skin and personal care goods that address specific needs and concerns, it added.

Among the Middle Eastern countries, Iran stands as one of the biggest markets for beauty products. Global cosmetics groups such as L’Oreal and LVMH-owned Sephora are said to be eyeing Iran as a lucrative export market since sanctions were lifted earlier this year.

In support of this trend, the Korean Ministry of Food and Drug Safety in partnership with the Iran Embassy in Korea is currently hosting the first-ever Korean cosmetics exhibition in Iran, which runs until Thursday.

Korean cosmetics giants  AmorePacific and LG Household & Health Care, cosmetics contract manufacturer Cosmax as well as smaller firms including It’s Skin and The Oozoo are participating in the ongoing exhibition in Tehran.

The inaugural event taking place in Tehran aims to help local cosmetics firms seeking entry into the Middle East promote their brands and learn more about the region’s business environment, the ministry said.

On top of operating promotional booths, the companies are scheduled to partake in one-on-one business meetings with Iran-based cosmetics firms and learn more about import regulations from Iran’s Drug Ministry.

AmorePacific, which is showcasing four of its flagship brands — Sulwhasoo, Laneige, Innisfree and Etude — said it has been engaging in meetings with local buyers and networking with diverse officials from Iran’s cosmetics sector.

“We expect to gain a deeper understanding of the Middle Eastern market and local consumers through the exhibition,” AmorePacific spokesperson Lee Kyung-min told The Korea Herald.

The leading Korean cosmetics-maker is planning to enter the Middle East in the near future, with Dubai as a strong entry market location and plans for continued expansion in the region.

As of now, the firm is still conducting research on the Middle Eastern market and engaging in related processes, with plans to announce a concrete business plan for the region in the near future, Lee said.

LG Household & Health Care, which is showcasing its Lacvert, Code and CathyCat brands at the exhibition, is also out to embrace new chances to promote its brands and products in Iran.

The LG-owned cosmetics firm, which already sells Lacvert, VOV and CathyCat products in Iran, told The Korea Herald that it has raked in around 3.2 billion won ($2.83 million) in revenue in Iran this year so far.

Looking ahead, experts say Korean cosmetics firms will eventually have to acquire halal certification for their products — likely to become a competitive edge, if not a prerequisite, in selling cosmetics to Muslim consumers.

Halal — which means “permissible” under Islamic law in Arabic — was mostly applied to foods that comply with Islamic dietary standards. But now, the concept is being applied to other categories like cosmetics, as more Muslims are interested in using Sharia-compliant daily goods.

Though the standards slightly differ by case, halal cosmetics must not contain alcohol, blood or any parts or substances of forbidden animals like pigs, and must be produced under processes that meet Islamic standards.

For now, most Korean cosmetics-makers have not taken steps to get their products halal-certified, though they are slowly becoming aware of its importance.

Cosmax’s manufacturing facilities in Indonesia secured halal certification from the Indonesia-based MUI back in April, but the products made there are those ordered by local Indonesian cosmetics brands.

“There is a significant competitive difference in selling a product with a halal logo and one without one in Muslim countries,” president of the Korea Institute of Halal Industry Jang Geon said in a previous interview with The Korea Herald.

Though halal standards are currently not a requirement for foreign cosmetics sold in predominantly Muslim countries, halal certification will soon become a prerequisite to a brand’s success in such places, he said.

Middle Eastern countries with major Muslim populations including the United Arab Emirates, Turkey, Saudi Arabia and Iran as well as Indonesia and Malaysia are already making regulatory shifts in this direction, Lee said.

“This is why Korean cosmetics firms must quickly work to get halal certification to gain a competitive edge over competitors in Muslim markets,” he said.

By Park Jae-hyuk, The Korea Times
Large Korean cosmetics firms have yet to obtain halal certification while targeting markets in the Middle East as a new blue ocean.

The Ministry of Food and Drug Safety said Monday that nine Korean cosmetics firms are participating in a cosmetics exhibition held at Esteghlal International Hotel in Tehran, Iran, between Tuesday and Thursday.

Participants are seeking to expand their sales in the Middle East through their first grand promotion event in Iran and inspire K-beauty fever there, as they did in China.

Minister Sohn Mun-gi expects the exhibition “will promote Korean cosmetics’ fine qualities, as well as being the first step toward the Middle East market.”

The third Cosmetics and Beauty Expo in Osong, North Chungcheong Province, Oct. 5, also shed light on halal cosmetics as the future of K-beauty. Halal experts from the Middle East and Southeast Asia were invited to the expo and held a seminar there.

However, many Korean cosmetics firms still lack halal certification which is necessary for their expansion in Middle East markets where most consumers are Muslim.

Islamic law, Sharia, bans cosmetics made with alcohol and collagen extracted from pigs.

“Small and medium-sized cosmetics firms often complain about difficulties in certification procedures, such as preparing evidential documents,” an official at the International Halal Certification said.

Large firms, such as AmorePacific and LG Household & Healthcare, have no halal certified products as well, although they are joining the exhibition in Iran.

“Our company does not have a clear blueprint for expansion toward Middle East markets yet,” an AmorePacific official said. “We will prepare our plan later this year or early next for halal certification.”

Suh Kyung-bae, chairman of the country’s top cosmetics firm, said, “Dubai, UAE, will be the first market we enter,” during a press conference at the company’s 70th anniversary last year.

An LG Household & Healthcare official said, “We do not have any plan for halal certification of cosmetics.”

The company is operating over 55 stores in five Middle East countries _ Jordan, Saudi Arabia, UAE, Oman and Armenia. Those stores have adapted to the countries through selling only color cosmetics and fundamental cosmetics without animal components.

According to Thomson Reuters State of the Global Islamic Economy 2014-2015, the market volume of halal cosmetics worldwide was $40 billion in 2013 and is expected to grow up to $73 billion in 2019. The government had said it will develop halal cosmetics at the 10th Trade Investment Promotion Meeting hosted by President Park Geun-hye in July.