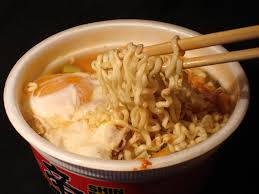 Halal refers to food that is made following Islamic dietary guidelines. All Muslims are obliged to eat halal foods and use products that have ingredients and materials that are sanctioned by Muslim law.

The strict halal protocol has been the main obstacle for Korean companies in finding business opportunities in the Muslim world.

However, they are now absorbing the culture and the faith, and have found a sweet spot.

Nongshim, the nation’s largest noodle maker, has spearheaded the trend. The company received the Brand Laureate Award among unlisted companies from the Asia Pacific Brands Foundation in February, thanks to its halal instant noodles.

Nongshim, which has the star product Shin Ramen, gained halal accreditation from Malaysian institute Jakim, last year, after establishing a production facility that suited Islamic rules for food in Busan in 2011.

Nongshim has been actively marketing in Southeast Asian countries that are predominantly Muslim and that follow halal practices. Malaysia, where people consume 130 million units of instant noodles every year, has become a strategically important area to tap the Muslim market, the company said. Nongshim is aiming for US$4 million (S$5 million) in exports to Malaysia this year.

“US$4 million may sound small but we are seeing great potential here,” a Nongshim spokesman said.

The size of the global halal food market is estimated at 721 trillion won (S$825 billion).

Multinational food makers have swept the market. Nestle, the world’s largest food maker, has been accredited for halal food since 1992, and other global food makers such as KFC, Burger King, Carrefour and P&G are following suit.

On the heels of Nongshim, other leading local food companies, including Pulmuone, CJ and Haitai Confectionery & Foods, have released items with halal accreditation.

“About 100 million instant noodle servings are consumed every day in Indonesia. This is a market that we are not letting go of,” said Kim Tae-han, an official at Pulmuone, which has halal “Jayeoneun Mashitda (nature is tasty).”

The government has stepped up to support companies seeking business opportunities in the Muslim world.

The Fair Trade Commission and the Office for Government Policy Coordination Prime Minister’s Secretariat have decided to allow halal accreditation as a marketing tool.

Before, halal was not acknowledged as a subject for accreditation or guarantee of a certain quality and thus was not promoted or marketed.

“It will also push food makers to enhance quality to international standards,” said Kim Sung-hwan, an official at the Korea Agro-Fisheries & Food Trade Corporation in an interview.

Moreover, the release of halal foods is expected to benefit 110,000 Muslims here who have had limited food options.

“It is very stressful for Muslims in Korea to find halal food. The majority of such food is imported, frozen and tasteless,” said Jang Geon, president of the Institute of Halal Industry. “It is a good sign that businesses are finally understanding and appreciating the Muslim population and culture.”