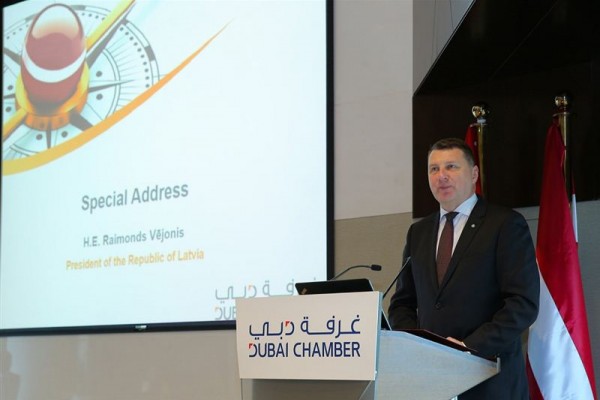 WAM– Latvia is keen on initiating co-operation with the UAE on food safety and Halal accreditation and certification though Emirates International Accreditation Centre, an affiliate body of Dubai Chamber of Commerce and Industry, according to Latvian President Raimonds Vejonis.

Latvian Minister of Agriculture Janis Duklavs, who accompanied Vejonis, said his country is interested in signing a memorandum of understanding with the UAE about accreditation of Latvian halal exports to the Gulf country and other parts of the world.

The accreditation body has received 40 requests from several countries for accreditation of halal products and Islamic bodies overseeing halal slaughtering of animals, according to Ahmed.