The Holy City of Makkah is leading hotel development in Saudi Arabia with 24,133 rooms currently in the construction pipeline, according to a new report.

Riyadh follows with 10,053 rooms and Jeddah with 6,980 rooms under development, with the majority of rooms forecast to open to the public over the next 5 years, says the new report by TOPHOTELPROJECTS commissioned by The Hotel Show Saudi Arabia 2016.

Makkah is therefore the 2nd top city in the Middle East and Africa for the number of hotel rooms set to enter the market, behind only Dubai, with 43,714 rooms currently in the pipeline.

“With the holy cities of Makkah and Madinah forecast to exceed 17 million visitors by 2025, the number of local and international hoteliers looking to invest continues to grow,” said Christine Davidson, group event director of the dmg events hospitality portfolio, organisers of The Hotel Show Saudi Arabia 2016. “With the Abraj Kudai forecast to open in Makkah in 2019, adding 10,000 new rooms to the market, it is not surprising that Saudi Arabia leads the way in hotel construction.”

Basel Talal, District Director, The Rezidor Hotel Group Saudi Arabia and General Manager of the Radisson Blu Hotel in Riyadh said: “Both of these hotels offer privacy in highly accessibl 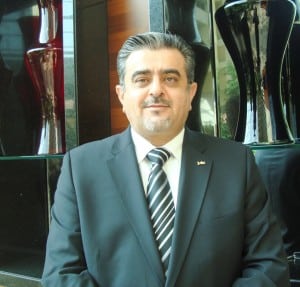 e locations for pilgrims and Umrah travellers. The evolution of religious tourism has been a priority for Saudi Arabia’s Government over the past years and has resulted in considerable investment and interest from developers and operators alike. In addition, Umrah is now available the whole year and the Government has recently announced its intention to increase the number of visas over the coming ten years parallel to the completion of the ongoing infrastructure and transportation projects. A result this will, of course, mean an increase in the number of pilgrims able to make the journey, as well as smoothing out seasonality for the tourism industry in Makkah.”

Grant Salter, Head of Travel, Hospitality and Leisure Advisory at Deloitte, will discuss “Market performance, trends and projects in Jeddah and Makkah” at the 2nd annual Vision Conference at The Hotel Show Saudi Arabia 2016 in Jeddah in May. He commented: “The substantial rise in supply expected over the next few years in both Jeddah and Makkah will be interesting to observe as the supply and demand dynamics currently show a market in balance with occupancy and ADR relatively unchanged over the last 12 months. Makkah should be able to cope with the rise in supply expected but Jeddah could face headwinds.”

Projects and trends moving and shaping the hospitality industry in Saudi Arabia will be covered in detail at The Hotel Show Saudi Arabia’s Vision Conference, 17-19th May 2016 at the Jeddah Centre for Forums and Events. For more information on how to attend the conference for free, access: www.thehotelshowsaudiarabia.com.