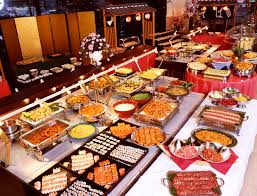 KUALA LUMPUR: A non-governmental organisation has called for the introduction of a specific law to enable the Islamic Development Department (Jakim) to take action against hotels that  offer Ramadan and sahur (pre-dawn meal)  buffets without halal certification.

Malaysian Consultative Council of Islamic Organisation (Mapim) said there were no existing laws which allowed Jakim to act in such cases.

He added that the latter depended only on the Trade Descriptions Act 2011 to haul irresponsible parties for abusing the halal certificate.

“From our checks, there are a handful of hotel operators offering Ramadan buffets and sahur packages without indicating whether the cuisine is halal.

“This is a serious matter, as we fear that Muslims will not receive pahala (blessings) from fasting if they break fast with non-halal meals,” he said yesterday.

Azmi said based on Mapim’s observation last week, it was found that banners by six hotels here which offered Ramadan buffets did not indicate if the food was halal.

He also said he was concerned about the low number of hotels which possessed halal certificates for their restaurants.

Azmi said only 292 or 11 per cent of the total of 2,445 hotels and resorts nationwide that were registered with the Tourism and Culture Ministry had halal certificates.

Jakim director-general Datuk Othman Mustapha said it had yet to receive reports on the matter.

“Jakim, as well as Islamic religious departments in all states, are constantly monitoring the hotels here and in the Klang Valley with regard to the issue.”