Religious authority says nothing unusual about McDonald’s policy as other fast food restaurant franchises also have a ‘No Outside Food Allowed’ policy. 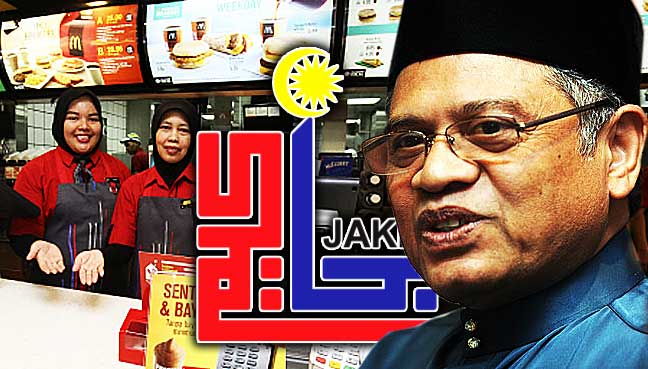 PETALING JAYA: The Department of Islamic Development Malaysia (Jakim) has praised McDonald’s Malaysia for going ahead with its policy of only allowing halal-certified cakes in its restaurants.

Jakim director-general Othman Mustapha said the policy, which has come under fire in the past week, was already in place at other fast food restaurant franchises and had been an accepted practice by Malaysians.

“Jakim is of the view that McDonald’s policy is a good initiative and shows the company’s strong commitment to halal compliance according to the Halal Assurance Management System (HAMS).

“The policy is not unusual as many chain restaurants have a ‘No Outside Food Allowed’ policy which is accepted by the public,” Othman said in a statement today.

He said the issuance of halal certificates in Malaysia was based on the manual procedure for Malaysia Halal Certification (third revision) 2014.

“The manual outlines 13 requirements for halal certification, including halal-certification for a restaurant’s premises.”

Last week, McDonald’s confirmed that only certified halal cakes are allowed inside its chain of restaurants, after a photo of a notice prohibiting non-halal certified birthday cakes in its restaurants went viral on social media.

In a statement to FMT, McDonald’s had said the policy was in compliance with guidelines issued by Jakim for halal certification.

“As a company that offers only halal-certified products, we implement a ‘no outside food policy’ to ensure that all products served and consumed at our restaurants are halal,” it said.

“In the case of ‘birthday parties’ at McDonald’s, we have made an exception to allow customers to bring in their own birthday cakes as part of their celebration, provided that the cakes are certified halal,” said the statement.

McDonald’s said the policy was important to the integrity of its halal certification and it would continue to comply with Jakim’s standards.