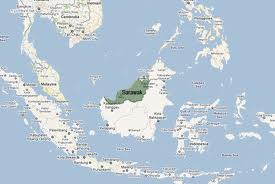 This week, Sarawak gets put into the spotlight as business titans from Qatar representing institutional investment bodies, halal food industries and Islamic finance descend upon Kuching. The visitors will be participating in closed-door assemblies to discuss investment opportunities in the areas of energy and halal industries, as well as aquaculture and agriculture.

On June 12, Inside Investor, a business research and consultancy group, will hold the Inside Sarawak 2013 launch under the patronage of Chief Minister Pehin Sri Abdul Taib Mahmud, who will also hold a keynote speech.

The event will act as a follow up to when Chief Minister Taib Mahmud met with Qatari Prime Minister Hamad Jassim Jaber Al Thani in October, 2012 in Doha. Of particular focus during this visit will be the Tanjung Manis Halal Hub, which is being eyed by halal food businesses and laboratories as a strategic regional hub for export to Asia’s fast-growing consumer markets, as well as the Middle East.

Thailand’s Prof Dr Winai Dahlan, founder and director of the Halal Science Center (HSC) in Bangkok, Thailand, is scheduled to bring a delegation from his research laboratory at Thailand’s prestigious Chulalongkorn University. Dr Dahlan is among the most forward thinking in halal industry research today, having broadened the study and branched out into new frontiers.

“The HSC has developed Najis cleaning liquid, a cleaner used in factory machinery that adheres to the principles of syariah by obeying chemical requirements. Porcine DNA Primer is another one, which is used for forensic research to identify tracts of pork in foodstuffs,” Dr Dahlan said in an interview with Inside Investor late 2012.

Investors looking to invest in halal industries in Sarawak can apply to qualify for incentives being offered by the State of
Sarawak though the Halal Development Corporation, which includes sectors in the halal concept outside of food as well, such as cosmetics and even pharmaceuticals.

Big-ticket energy assets will also be eyed during the delegation’s visit, pointedly those within the Sarawak Corridor of Renewable Energy (SCORE). With the 944-megawatt Murum hydropower dam slated for completion in late 2013, the proposed 1,200-megawatt Baram dam looks to be up next in the pipeline.

Other investment opportunities in the state comprise infrastructure and energy, especially in the fields of public-private partnerships (PPP), which are being pushed by the government.

Member of Sarawak’s cabinet will be in attendance to take part in the dialogues and trumpet the state’s steadfast growth. Sarawak grew 4.5 per cent in 2012 off the back of economic momentum created by foreign investment, namely in the fastest growing node of SCORE, Samalaju. During the first two months of 2013 alone, the state became the recipient of over US$1 billion in foreign direct investment.

More may just be on the way.

Justin Calderon is a research analyst at www.investvine.com, a news portal owned by Inside Investor focusing on Southeast Asian economic topics as well as trade and investment relations between Asian and the Gulf Cooperation Council. The views expressed are his own.